1898 Muller, Luchsinger View of the Battle of Manila, Philippines 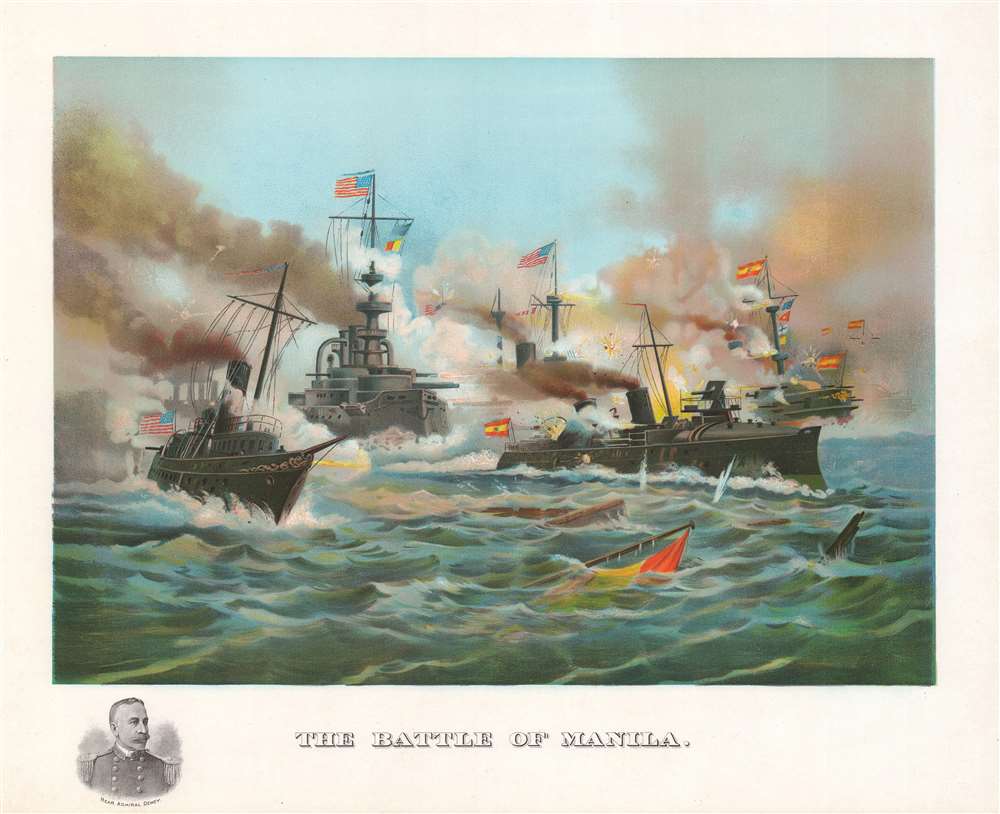 1898 Muller, Luchsinger View of the Battle of Manila, Philippines

An extremely rare view of the Battle of Manila during the Spanish-American War.
$850.00

This is an 1898 Muller, Luchsinger, and Company chromolithograph view of the Battle of Manila Bay, which took place on May 1, 1898. The battle, faught between the American Asiatic Squadron under Commodore George Dewey and the Spanish Pacific Squadron under Admiral Patricio Montojo, was one of the most decisive naval battles in naval history and effectively ended Spanish colonial rule in the Philippines. The view depicts two massive American battleships, one of which is likely Commodore Dewey's flagship, the U.S.S. Olympia, and a smaller American vessel to the left, all three of which are firing on two Spanish vessels steaming ahead of the Americans. After the battle was over, Commodore Dewey reported that the American fleet suffered nine injured and one fatality, due to a heart attack. Those numbers are disputed by some historians. A portrait of Dewey is situated below the view on the left.

This view was published by Muller, Luchsinger, and Company in 1898. It is rare. Only one example catalogued in the OCLC and it is part of the institutional collection at The Clements Library at the University of Michigan. It appears rarely on the private market.

Muller, Luchsinger and Company (fl. c. 1886 - c. 1930) was an American lithography, printing, and publishing firm based in New York City active in the late 19th and early 20th centuries.

Good. All four sides trimmed, leading to loss of caption and copyright statement along bottom. Exhibits some toning and soiling. Blank on verso.