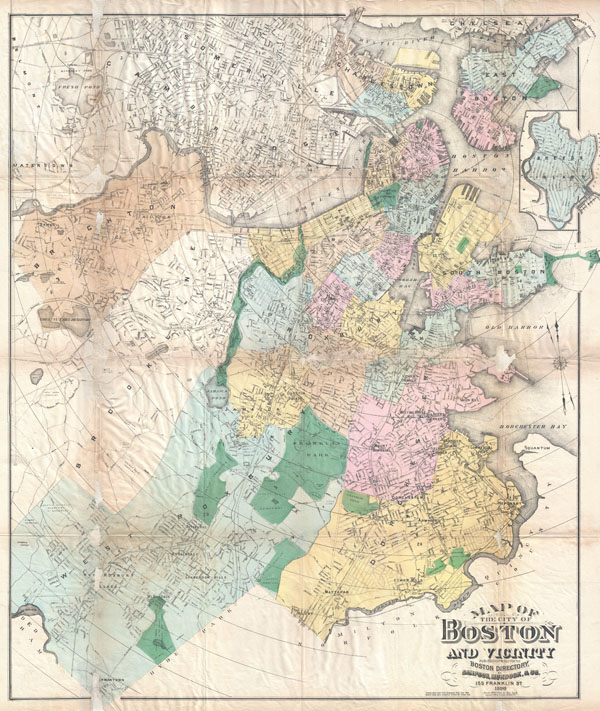 
William Edwards Murdock (fl. 1880 - 1910) was a Boston based publisher active around the turn of the century. As a young man Murdock apprenticed to a printer in Worchester, Massachusetts. In 1861 he enlisted in the Union Army and fought in 11 engagements during the American Civil War. After being honorably discharged in 1865, Murdock moved to Boston where he began publishing a city directory in association with Mary Otis Sampson. In all likelihood Murdock must have connected with Ms. Sampson through the Boston Art Club, at which both were members. Murdock kept his offices at 246 Summer Street, Boston, Massachusetts. Learn More...