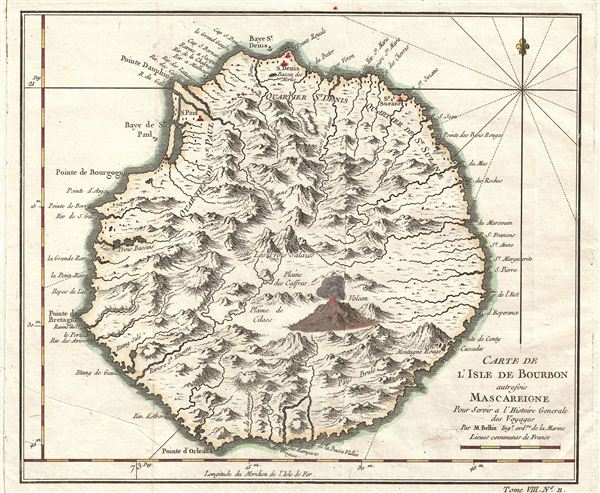 Bellin's hand-colored map of L'Isle De Bourbon (Reunion Island today) featuring and active 'Volcan.' Reunion or ‘Bourbon' was a colony of the French east India Company since 1665. The name was changed to ‘Reunion' with the French Revolution and the fall of the House of Bourbon in 1793. The island remains a French overseas department to this day. Relief represented in profile. This map was issued for Abbe Prevost's influential 1750 'Histoire Des Voyages.'