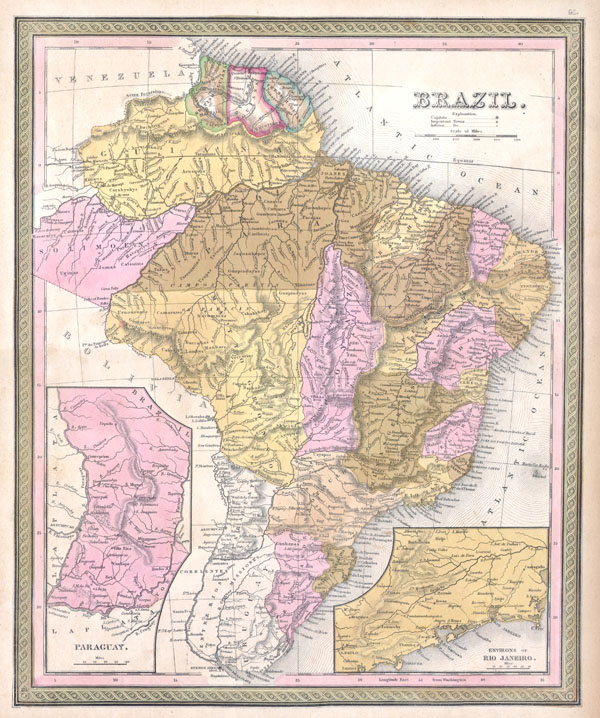 A fine and rare 1849 S. A. Mitchell Sr. map of Brazil and Paraguay. Map depicts the eastern part of South American including the Guianas, Brazil ( Brasil ) and Paraguay. Features impressive detail of the amazon basin and the interior of Brazil. Inset of the Environs of Rio de Jenario at the bottom Left. Inset of Paraguay at the bottom right.