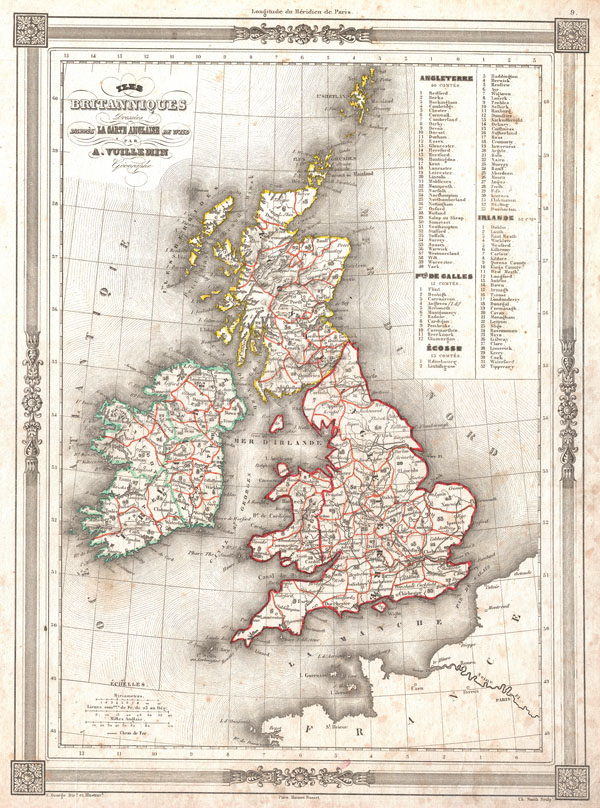 An uncommon and attractive 1852 map of the British Isles by A. Vuillemin. Details England, Scotland and Ireland as well as parts of neighboring France. Based on an earlier map by the English mapmaker Wild. Upper right corner features a list of counties which are numerically coded into the map. Features a beautiful frame style border. Prepared by A. Vuillemin for publication as plate no. 9 in Maison Basset's 1852 edition of the Atlas Illustre.

Good condition. Exhibits some foxing mostly confined to margins. Else attractive and unusual.