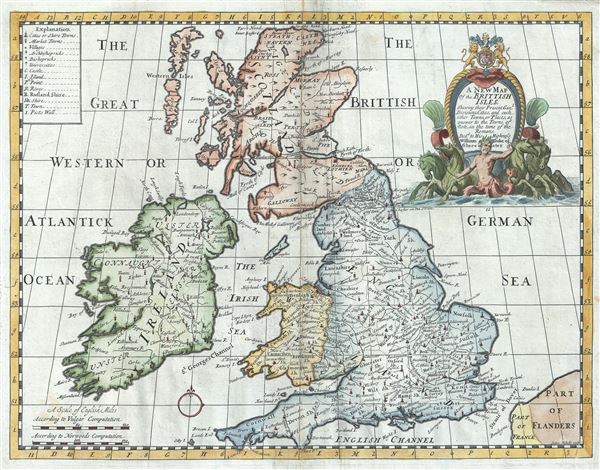 This is a beautiful 1712 map of the British Isles by Edward Wells of Oxford. It covers all of England, Wales, Scotland and Ireland. Highly detailed, it notes the present (1712) general division, cities, towns and places as answer to the towns of note in the time of the Romans. Rivers, roads and other topographical features are also noted.