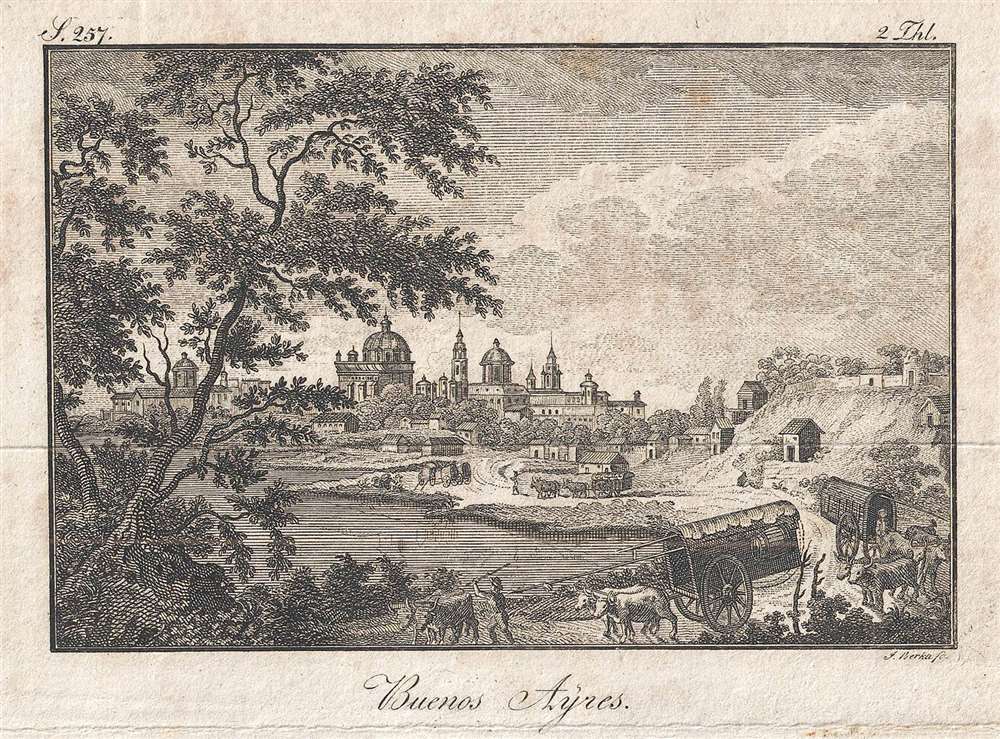 A scene of everyday life along the river near Buenos Aires.
$200.00

This is a c. 1820 Johann Berka view of Buenos Aires. In the view, the beautifully engraved buildings of Buenos Aires can be seen over the treetops in the background, while the homes of less well-off farmers and other members of society populate the middle ground of this work. A road winds its way along the river, while merchants lead teams of oxen pulling their carts either to or from town. An exquisitely engraved tree dominates the foreground, with the whole creating a slightly exotic scene, while at the same time depicting a scene of everyday activities.

This view was engraved by Johann Berka and published c. 1820.

Johann Berka (July 20, 1759 - July 7, 1838) was a Czech artist and engraver. In his youth, Berka devoted himself to music and to drawing. An excellent singer, he was recruited by one of the churches in Prague to sing in its choir and study humanities. Only after losing his voice did Berka begin to work with copper and other methods of metal engraving. He produced many celebrated works, including reproductions of 12 landscapes inspired by Norbert Grund.