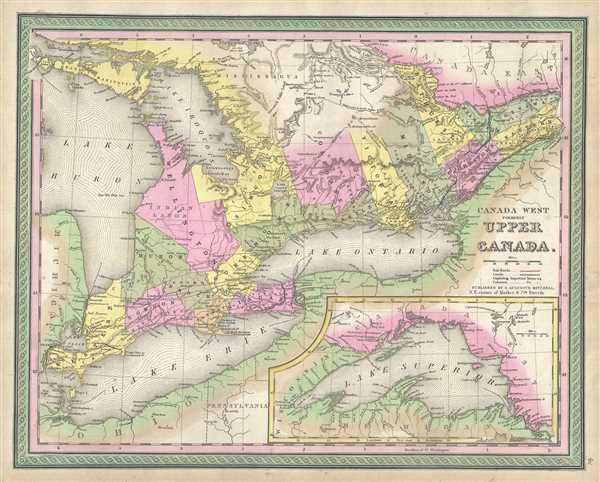 This is an attractive 1849 example of the legendary American map publisher Samuel Augustus Mitchell’s map of the Canadian province of Ontario, or Canada West. Centered on Lake Ontario, this map covers from Lake Erie eastward from Detroit, Michigan and Lake Huron at the northwest, as far as Quebec with Grand Manitoulin and Georgian Bay to the north. In the lower right quadrant, an inset on Lake Superior is also included.