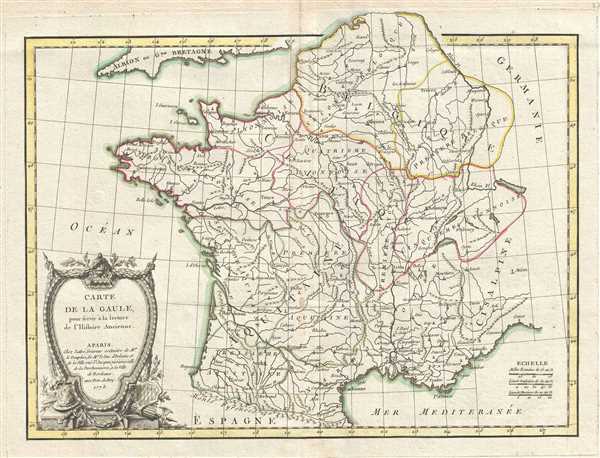 An appealing 1763 map of Gallia or France in ancient Roman times by the French cartographer Rigobert Bonne. Covers the region from southern part of England (Britannia) to the Pyrenees and the Mediterranean. Details mountains, rivers, cities, roadways, and lakes with political divisions highlighted in outline color.

A decorative title cartouche appears in the top left hand quadrant. Drawn by R. Bonne in 1762 for issue in Jean Lattre's Atlas Moderne.