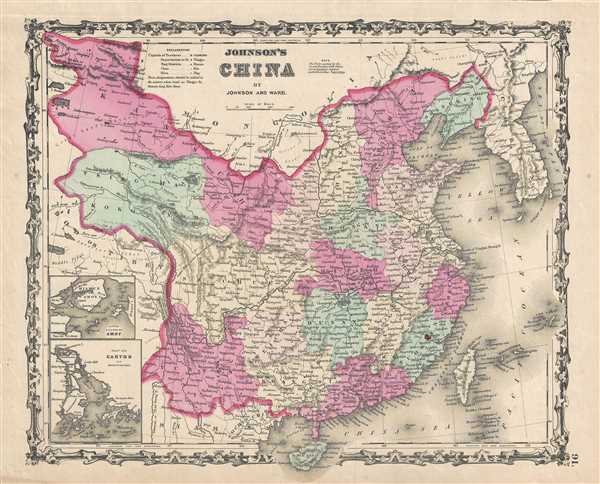 A very nice example of A. J. Johnson's 1862 map of China. Covers China from Tibet and Yunnan east to Korea and north as far as Mongolia. Extends south to include the island of Hainan. Formosa or Taiwan is also included. Insets detail the Harbor and Island of Amoy and Canton with Adjacent Islands (Hong Kong). The map identifies both the Great Wall and the Grand Canal. It depicts the region with particular attention to cities and waterways.