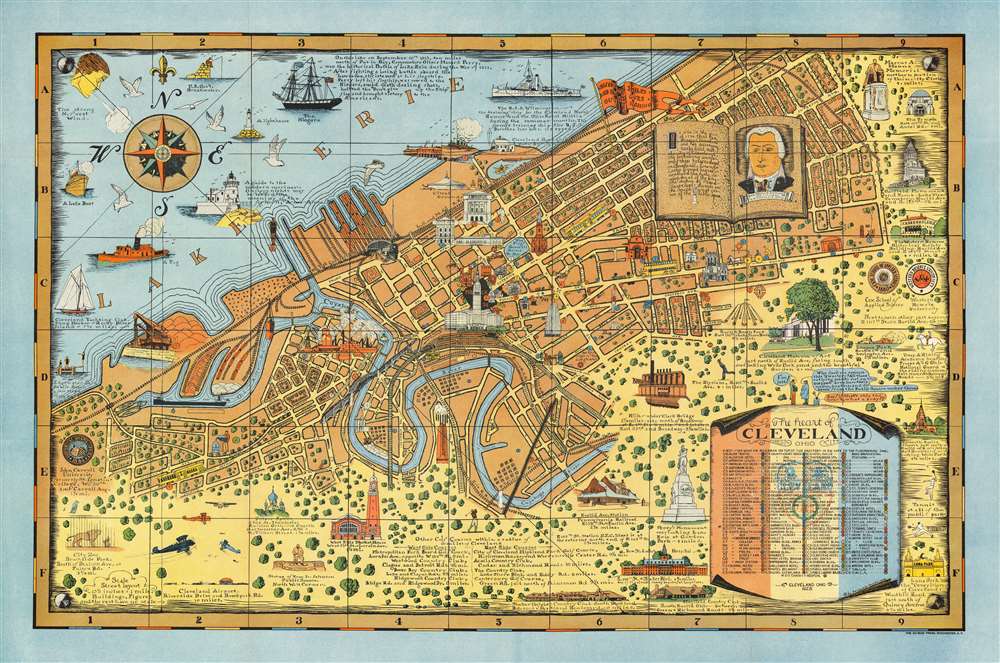 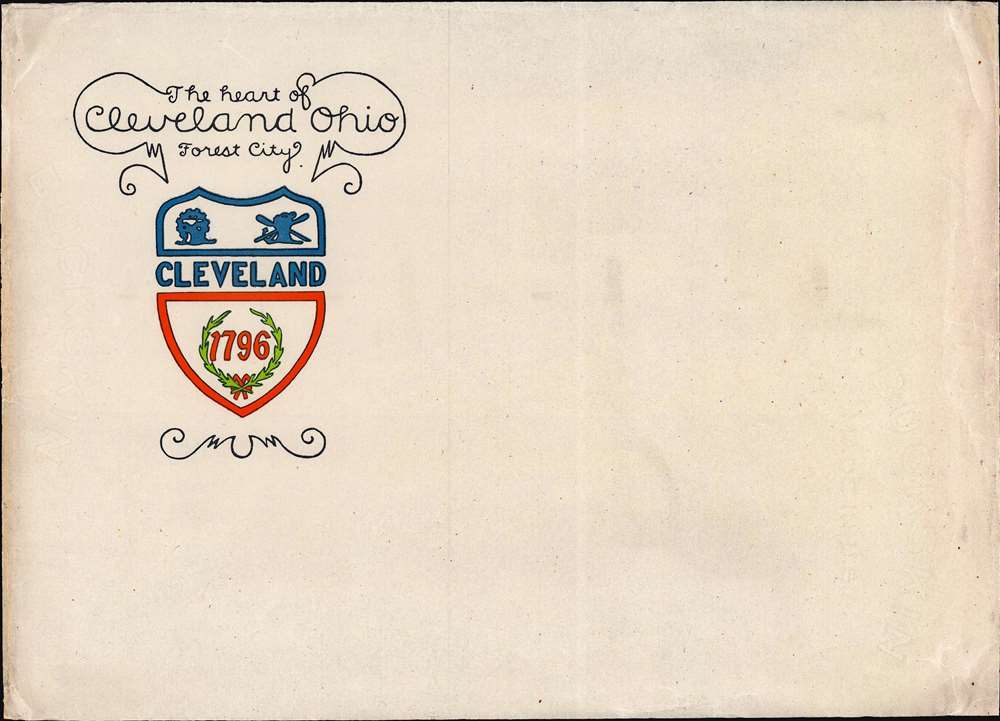 This is a striking example of Arthur Suchy's 1928 pictorial map of Cleveland, Ohio - Suchy's hometown - accompanied by its original mailer envelope. The map covers from Cleveland's waterfront on Lake Erie south to the Cuyahoga River, beyond which, space is dedicated to historical vignettes and illustrations of local landmarks. Much emphasis is given to Cleveland's 'Forest City' qualities, with tree-filled residential blocks and parks noted. At the same time, skyscrapers and smoking factories underscore Cleveland's industrial might. Among the vignettes is an illustration of Moses Cleveland, the city's founder.

This map was drawn and published by Suchy in 1928. It is his third map, following only his maps of Colgate University (1927) and Swarthmore College (1927). The map was printed in Rochester, New York, by DuBois Press. The copyright was filed on July 16, 1928. Scarce.


Du Bois Press (1895 - 1994) was a Rochester, New York based printing concern active throughout the 20th century. The firm was founded by Abraham Ford Du Bois (March 25, 1872 - July 13, 1948) in Newark, New Jersey, in 1895. It was initially an annex company to the Newark Union, a newsweekly acquired by Du Bois in 1895. In 1910, Ford Du Bois sold the Newark Union to his brother John E. Du Bois, and relocated the Du Bois Press to Rochester, expanding its printing operations considerably. In the 1920s, the firm established a strong reputation for printing college and university yearbooks. By the mid-20th century, they were among the largest printing business in Rochester. Ford Du Bois retired in 1940, passing the business to his son, Robert Du Bois. The firm was acquired in the 1980s by Omnicom Group Inc., a Manhattan-based advertising consortium. In 1994, the Du Bois press closed its doors and sold off much of its equipment. It was pushed into bankruptcy in 1995. Learn More...