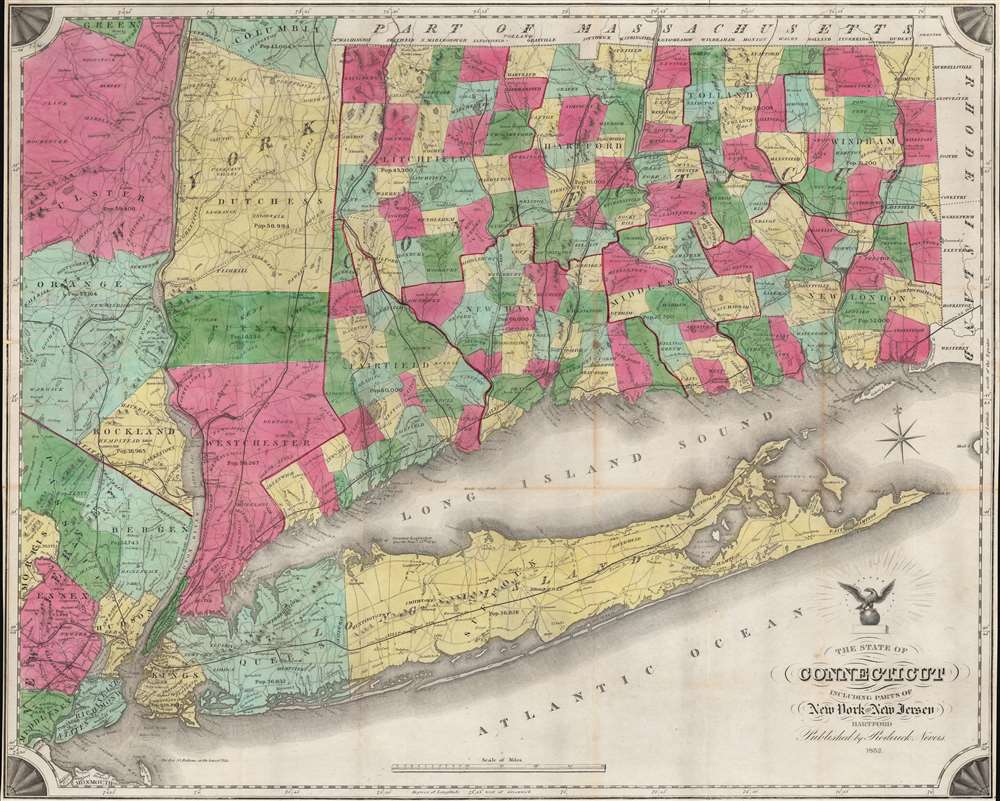 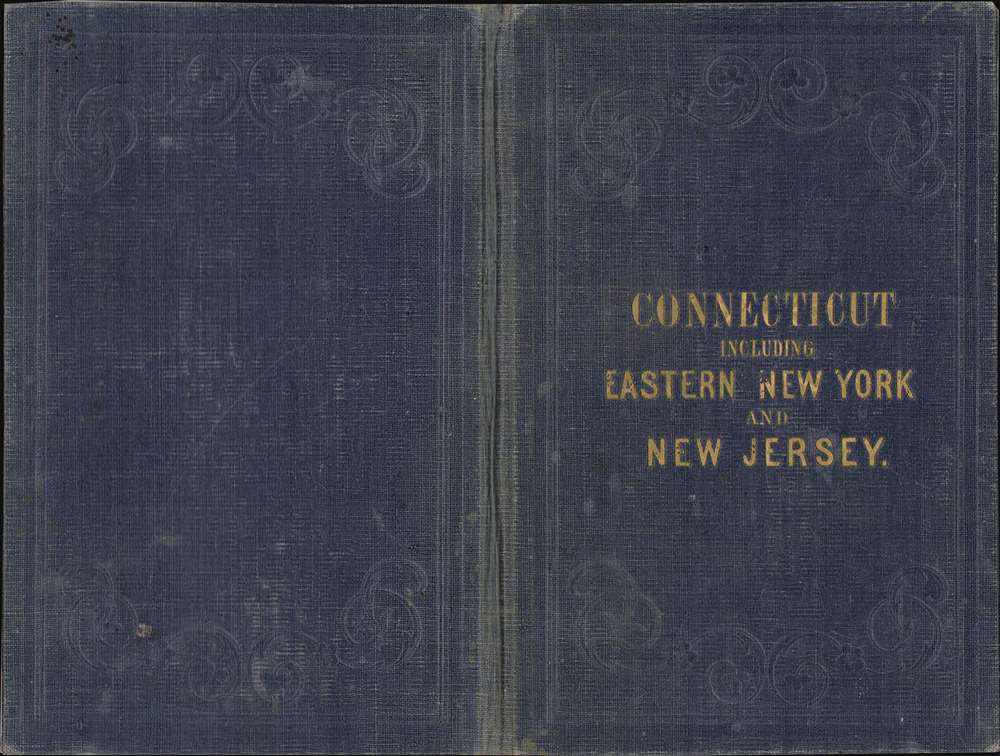 This is the strikingly vivid 1852 example of Roderick Nevers' map of Connecticut, Long Island, and eastern New York - published in Hartford. The map focuses on Connecticut, but emphasizes its connections to New York City via railroads in Connecticut, the Hudson Valley, and Long Island.

To produce this map, Roderick updated William Damerum's excellent map, retooling it to emphasize Connecticut's burgeoning railroad network. Among the railroads present are the 'New York and New Haven', the 'New Haven, Hartford, and Springfield', and the 'Norwich and Worcester'. The 'Hartford, Providence and Fishkill Railroad' appears as well, along with its proposed route west of Hartford to Fishkill, where it was to meet the 'Hudson River Railroad'. In New York, the 'Hudson River Railroad' runs from Manhattan north to Redhook Landing. The 'Long Island Railroad' stretches across Long Island from Brooklyn to Greenport.

Townships throughout are highlighted with vivid wash color. The same level of detail does not translate to eastern New York, where the colors differentiate more generally between counties rather than of townships. Towns and villages are labeled along the Hudson, along with other locations such as the U.S. Military Academy at West Point. Topography is loosely rendered with visual depictions of mountains.

This 1852 map was published in Hartford by Roderick Nevers. Per Rumsey,

First edition was 1851, a reissue of Damerum's 1815 map. The sixteen stars that surround the eagle in the cartouche stand for the sixteen states in the union when Damerum's plate was engraved by Peter Maverick in 1815, whose plate has been reengraved to produce the map. Stebbins in 1859 produced a map that follows this plate closely. Many changes have been made to the original plate to bring it up to date, particularly the delineation of railroads.

While the original Maverick plate would have been in copper or steel, it is likely that this edition was transferred to lithographic stone - as was common in the 1850s. Generally, quite scarce. We note three examples in OCLC: New York Public Library, the Connecticut Historical Society, and the Connecticut State Library. An example is also part of the David Rumsey Map Collection. Limited market history.