1864 Johnson's Map of Maryland and Delaware 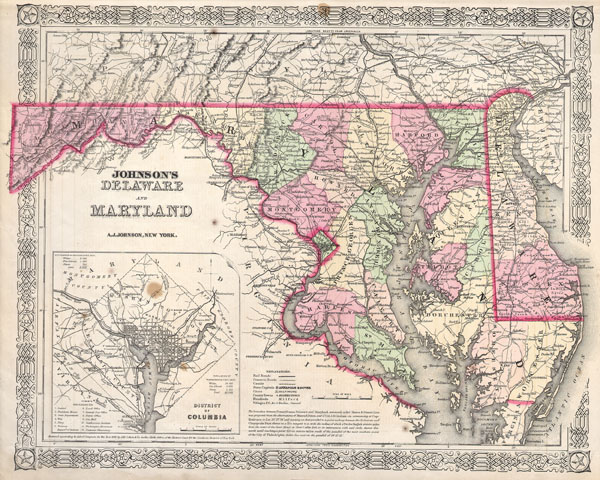 1864 Johnson's Map of Maryland and Delaware

This is a magnificent 1864 hand colored map of the states of Maryland and Delaware by the important American map Publisher A. J. Johnson. Depicts the two states in considerable detail. Includes a large inset map of the District of Columbia or Washington D.C. Made during the Civil war, this map includes a paragraph notation on the surveying of the boundary between Pennsylvania, Delaware, and Maryland, commonly called the 'Mason Dixon Line.' This line marked the geographical division between the Northern from the Southern states at the outset of the Civil War.