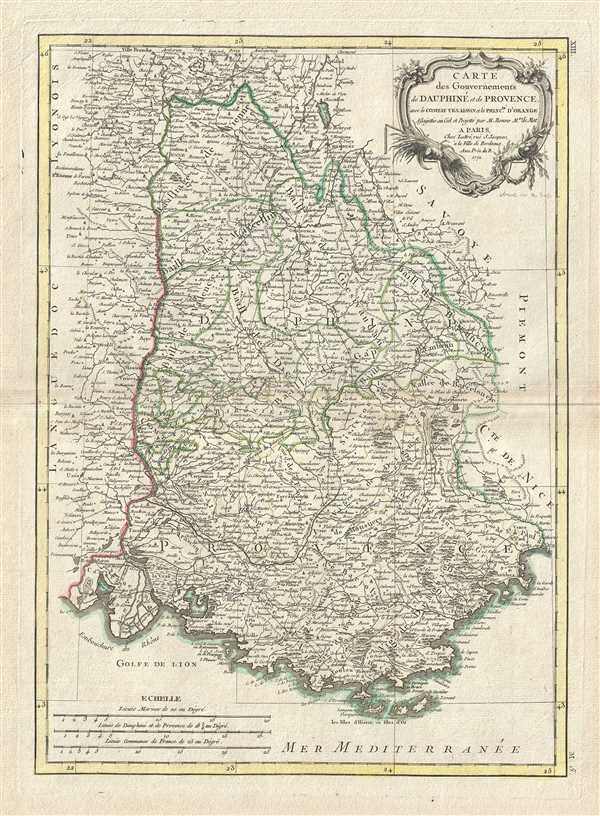 A beautiful 1771 example of Rigobert Bonne's decorative map of the French regions of Provence and Dauphine. Covers the region in full from Savoy to the Mediterranean and from Languedoc to Nice. Identifies Nice, Cannes, St. Tropez, Toulon, and many other cities.

This area also houses a number of vineyards. Here you will find the AOC Coteaux varois en Provence, which produces a wide variety of reds and whites. The red wines principally use the grenache, cinsaut, mourvedre and syrah grapes. White wines use the clairette, grenache blanc, rolle blanc, Semillon Blanc, and Ugni Blanc.

A large decorative title cartouche appears in the upper right quadrant. Drawn by R. Bonne in 1771 for issue as plate no. M 5 in Jean Lattre's Atlas Moderne.