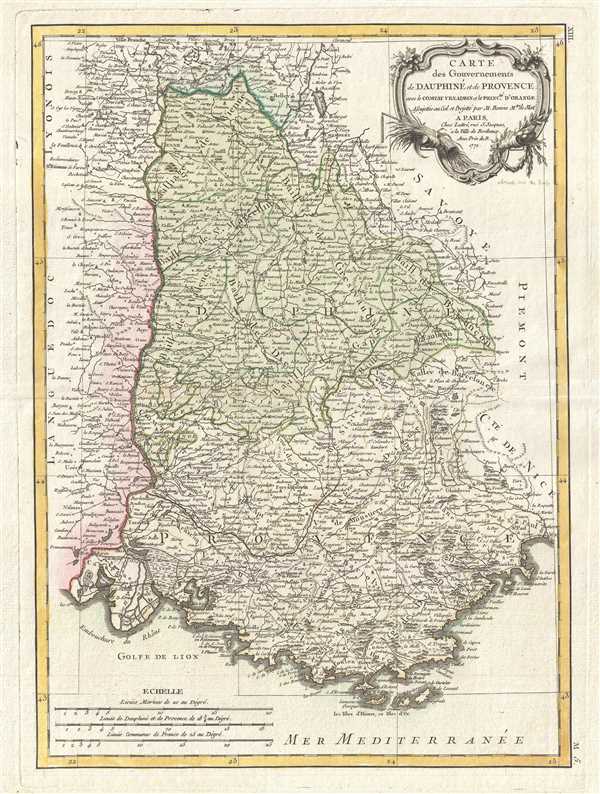 Beautiful map of the French Riviera and Provence - lavender!

This is a 1771 Rigobert Bonne decorative map of the French regions of Provence and Dauphiné. The map depicts the regions in full from Savoy to the Mediterranean and from Languedoc to Nice. Nice, Cannes, St. Tropez, Toulon, and many other cities are identified. Numerous rivers also meander their way across the map.

This area also houses a number of vineyards. Here you will find the AOC Coteaux varois en Provence, which produces a wide variety of reds and whites. The red wines principally use the grenache, cinsaut, mourvedre and syrah grapes. White wines use the clairette, grenache blanc, rolle blanc, Semillon Blanc, and Ugni Blanc. A large decorative title cartouche is situated on the upper right.