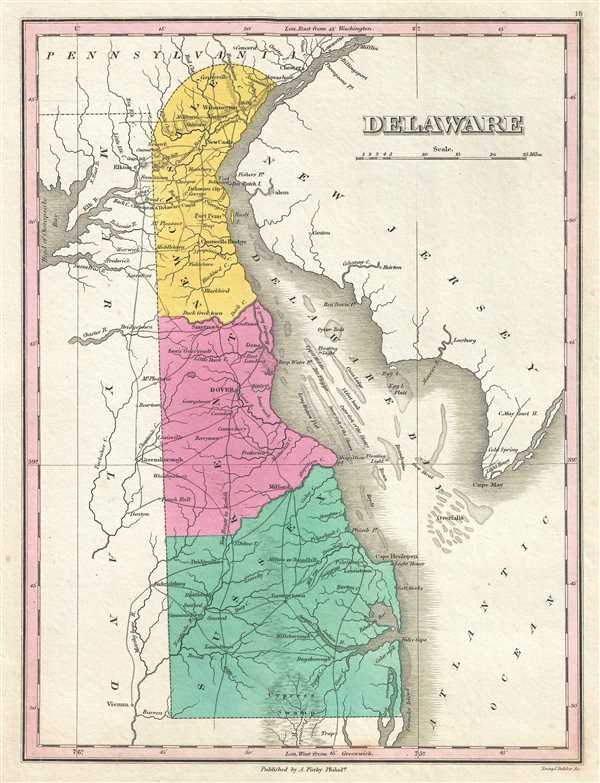 This is an 1828 Anthony Finley map of Delaware. This rare map plate configuration depicts the state individually rather than bundled with Maryland - as is more common. The state is illustrated from Pennsylvania to Maryland and from Maryland to New Jersey in Finley's classic minimalist style. Several cities and towns are labeled, including Dover, Cantwells Bridge, New Castle, and Wilmington. Rivers, roads, canals, and some topographical features are noted, and counties are differentiated by color. Wonderful detail is included in Delaware Bay regarding shoals, sand bars, and other undersea dangers.