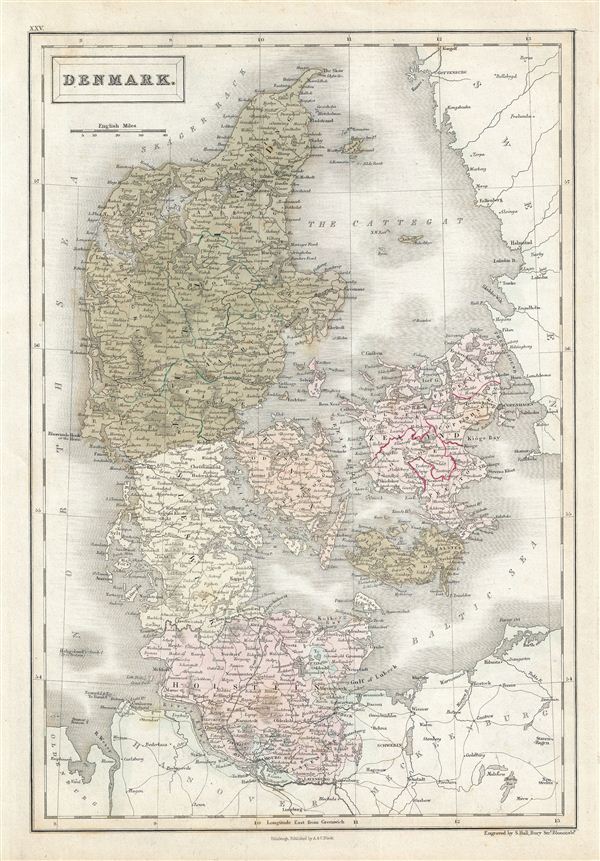 This is a fine example of Adam and Charles Black's 1851 map of Denmark. It covers all of Denmark inclusive of the Duchy of Holstein. At this time in history, Denmark was in the midst of a prolonged period of peace and prosperity that led to a cultural and population boom. Various towns, rivers, cities and several other topographical details are noted. This map was engraved by Sidney Hall and issued as plate no. XXV in the 1851 edition of Black's General Atlas of the World.