1878 Migeon Map of Denmark, Iceland and the Faroe Islands 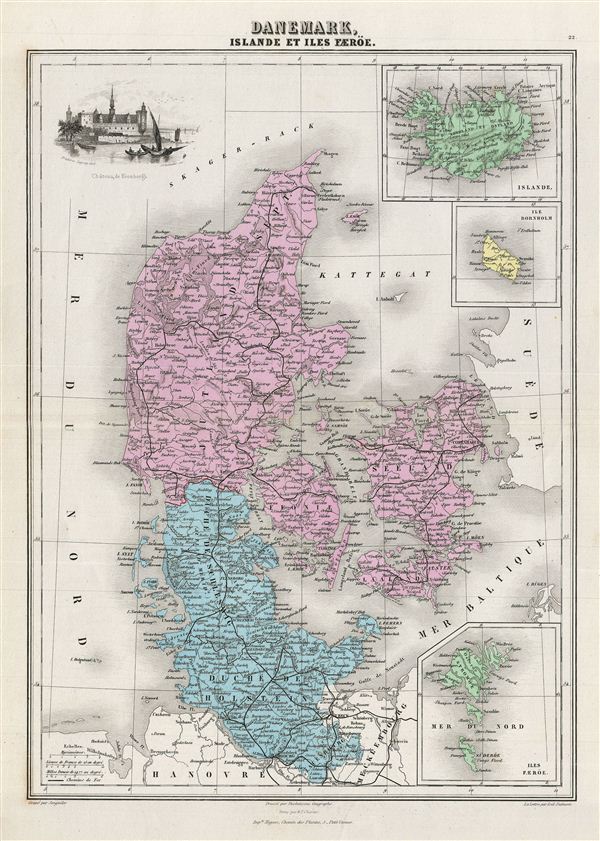 1878 Migeon Map of Denmark, Iceland and the Faroe Islands

This is a fine example of J. Migeon's 1878 map of Denmark, Iceland and the Faroe Islands. It covers all of Denmark inclusive of the Duchy of Holstein. The Kattegat (Cattegat) is also identified. Three inset maps detailing Iceland, the Isle Bornholm and the Faeroe Islands are included. The upper left quadrant features a beautiful engraving of 'Chateau de Kronborgh' (Kronborg Castle). As this map was being printed Scandinavia was in the midst of a prolonged period of peace and prosperity that led to a cultural and population boom. Migeon identifies various rivers, islands, mountain passes and other topographical features. Migeon's Geographie Universelle, published in Paris, is one of the last great decorative atlases of the 19th century. It contains many stylistic elements of early 19th century cartography such as full hand coloring, numerous decorative vignettes, and high quality paper. This map was issued as plate no. 22 in Migeon's Geographie Universelle.