1872 Mitchell Map of the City of Detroit, Michigan 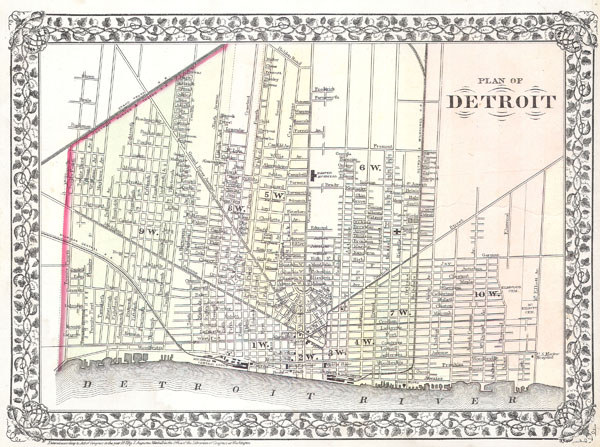 1872 Mitchell Map of the City of Detroit, Michigan

This hand colored map is a lithographic engraving, dating to 1873 by the legendary American Mapmaker S.A. Mitchell, the younger. It represents the city of Detroit. Detailed down to the street level with many important buildings labeled. Dated and copyrighted 1873.