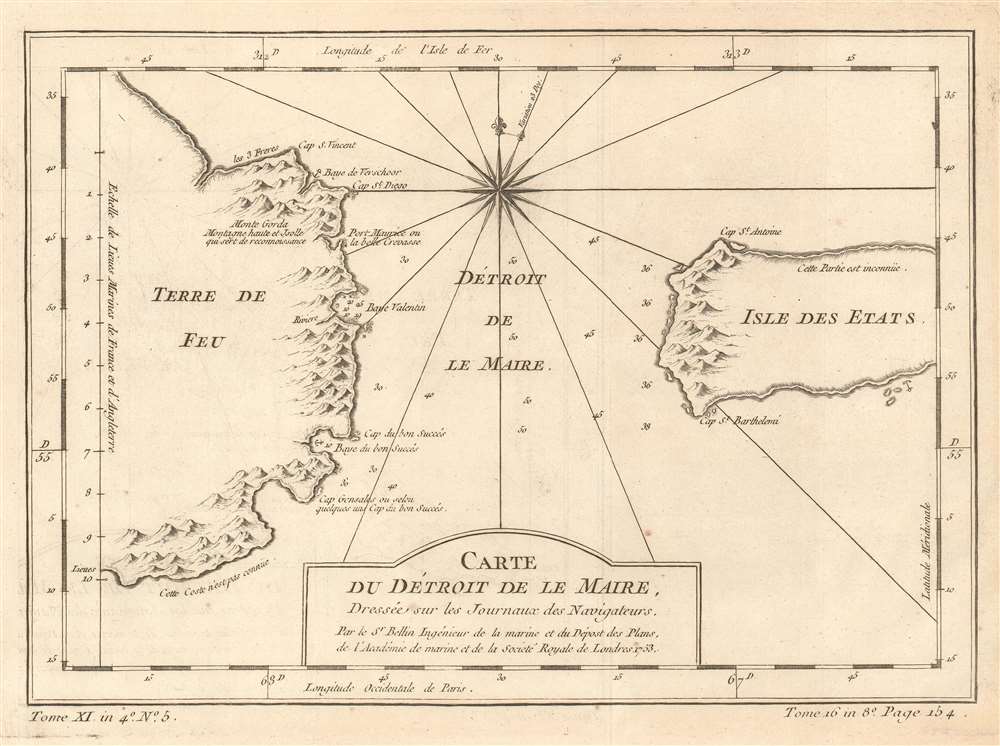 Home to one of the southernmost breeding colonies of Magellanic penguins.
$125.00

This is a 1753 Jacques-Nicolas Bellin map of the Le Maire Strait in Argentina. Situated between the Isla de los Estados (Staten Island in English, and not the one that is a borough in New York City) and Tierra del Fuego, the strait was first discovered by European explorers Jacob Le Maire and Willem Schouten in 1616 while they were attempting to find a navigable route between the Atlantic and Pacific Oceans. Their discovery of the strait only shortly preceded their discovery of Cape Horn. The strait is named after Le Maire, and, due to the bad weather and strong currents that the region is famous for, vessels tend to favor going around the east side of Isla de los Estados instead of through the Le Maire Strait. On an ecological note, the Isla de los Estados is home to one of the southernmost breeding colony of Magellanic penguins in the Atlantic.