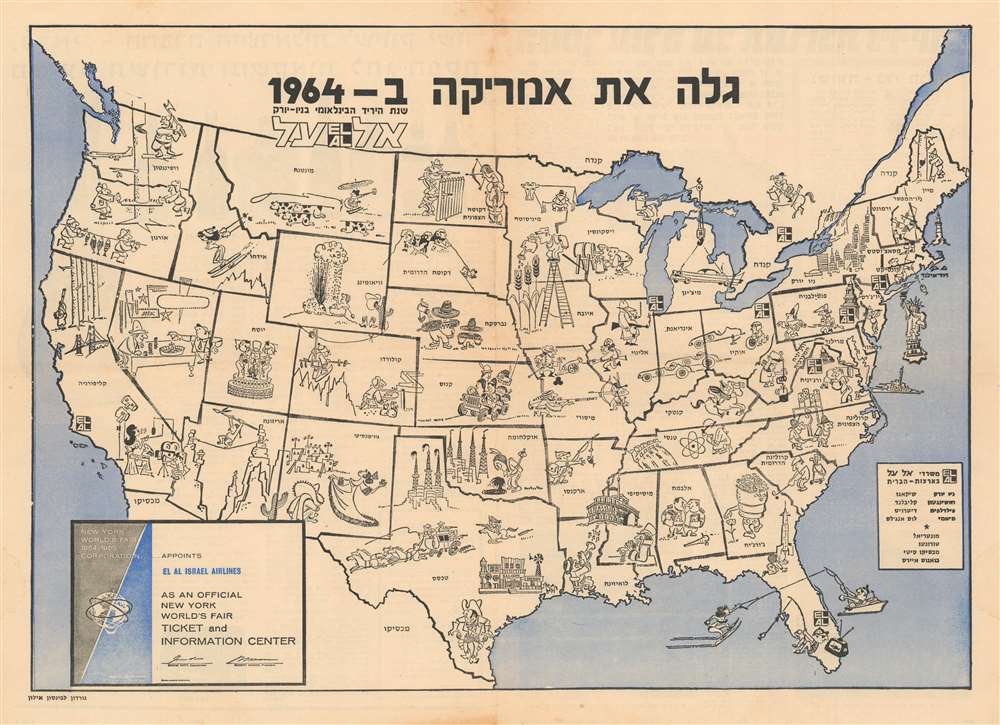 Almost entirely in Hebrew and promoting Israeli tourism to the United States, this 1964 Gordon Levinson Ayalon pictorial map of the United States encourages Israelis to attend the 1964 World's Fair in New York City and, of course, fly El Al to get there. Fifty vignettes present images of life from coast to coast, and reinforce a few stereotypes along the way. Many of them also have a comic bent to them. Wyoming, for example, bears a man in a tub sitting underneath a geyser, while a guy in Colorado rides a chair lift and a second mines for silver. People gamble in Nevada and a Hollywood movie is filmed in California. Illinois is marked by a mobster, and cowboys and Indians fight it out in Texas and North Dakota. Horseracing dominates Kentucky, while a cigarette pack taller than a man marks North Carolina. The most outlandish, however, might be the vignette illustrating life in Montana, where someone is herding and roping cattle in a helicopter! Since this is an advertisement for El Al, block letters highlight cities where El Al flies, including Chicago, New York, Philadelphia, Washington, D.C., and Los Angeles.

This map was created by Gordon Levinson Ayalon and was published in March 1964. We have identified no other examples.