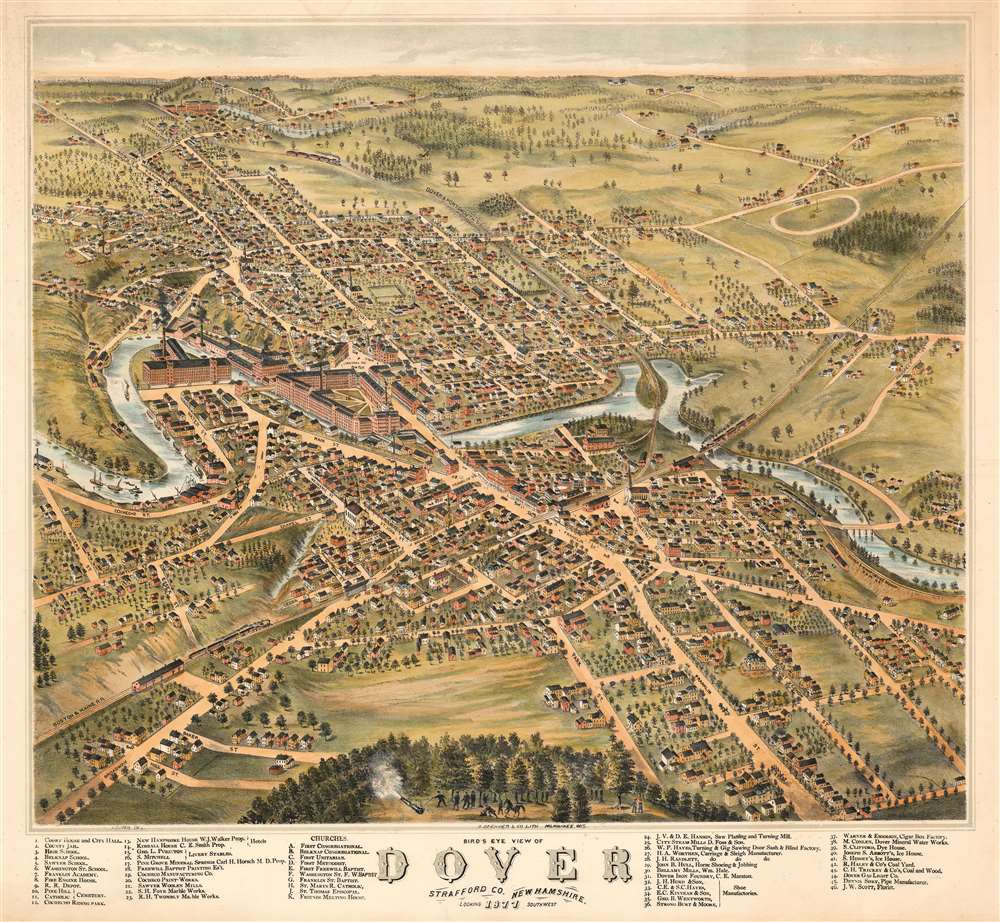 A stunning 1877 Albert Ruger three-color chromolithograph view of Dover, New Hampshire, set against a backdrop the rolling hills of southern New Hampshire. The view looks southwest on Dover from a hypothetical high point well above Garrison Hill. With a sufficiently altitudinous perspective to present a map-like layout of Dover, the view centers on the Cocheco River and extends broadly in all directions, revealing a bustling mill town at its height. The Boston and Maine Railroad enters town from the lower left corner. The T-shaped Washington Street Mills, at a sharp bend in the Cocheco River, still stands and now hosts a variety of businesses, restaurants, galleries, and even a church.

This view was drawn by Albert Ruger and lithographed by D. Bremner of Milwaukee, Wisconsin. We are aware of only one edition. This view is rare. The OCLC identifies 2 institutional holdings, at the Library of Congress and the University of Pennsylvania. We are aware of a third example at the Boston Public Library. A fourth example is known in private hands.


D. Bremner (fl. c. 1870 - 1890) was an American lithographer based in Milwaukee, Wisconsin in the middle to late 19th century. Bremner printed views for a number of important 19h century American viewmakers, including Albert Rugers and Joseph J. Stoner.