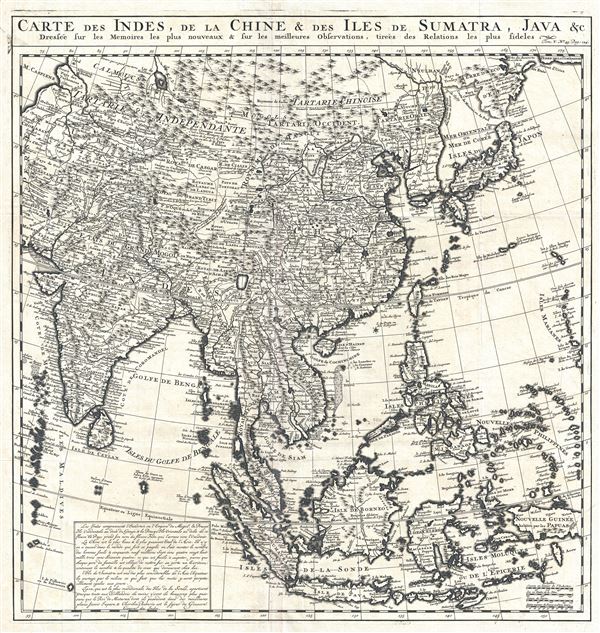 Hokkaido, or as it is mapped here, Yeco, is connected to the mainland of Asia, reflecting a common misunderstanding about this region that persisted until the late 18th century. Just to the northeast of Japan, separated from the mainland by the Detroit d'Uries, we find Terre de La Compagnie. Terre de la Compagnie, sometimes also called Gamma Land, is essentially an embryonic mapping of the Kuril Islands. These islands were discovered by Maerten de Vries and Cornelis Jansz Coen's 1643 VOC expedition to the region in search of Juan de Gama's land of gold and silver. Various subsequent navigators claim to have seen these lands, but it was left to Vitus Bering to finally debunk the myth. In 1729, Bering spent three days in the region looking Compagnie island but never found it. These curious islands remained on maps for about 50 years following Bering's voyages until the explorations of Cook confirmed the his findings.