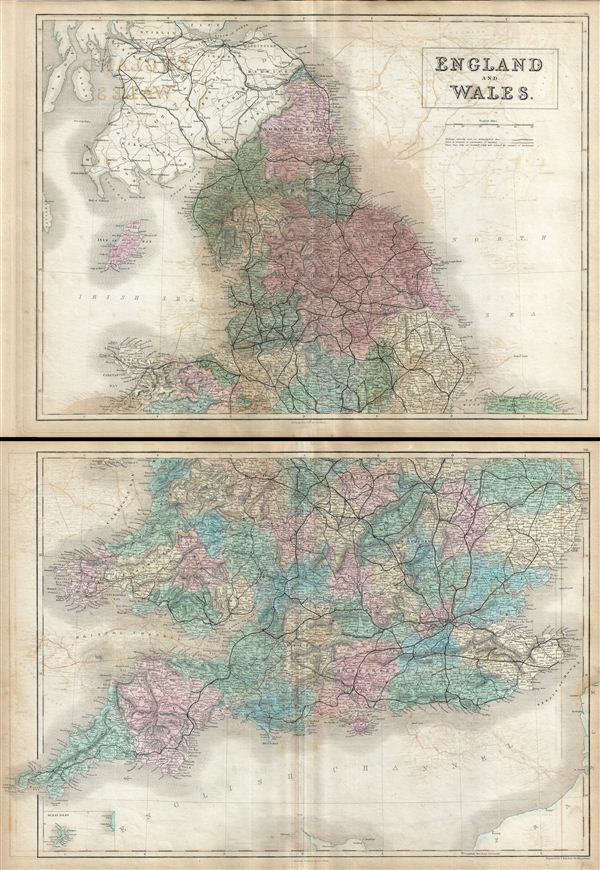 This is a fine example of Adam and Charles Black's 1851 map of england and Wales. The map, on two sheets, covers both england and Wales from Northumberland to Cornwall, including the Isle of Man and adjacent parts of Scotland. A small inset map on lower right quadrant (on second sheet) details the Scilly Isles. As this map was issued, both england and Wales were in the midst of the Industrial Revolution wherein much of the rural agricultural population relocated to urban centers. Throughout, the map identifies various cities, towns, rivers, lakes, roadways and an assortment of additional topographical details. The map is engraved by Sidney Hall and issued as plate nos. VII and VIII the 1851 edition of Black's General Atlas of the World.

Good. Minor wear over original centerfolds. Even overall toning. Some foxing and offsetting. Large stain on upper map near Durham.