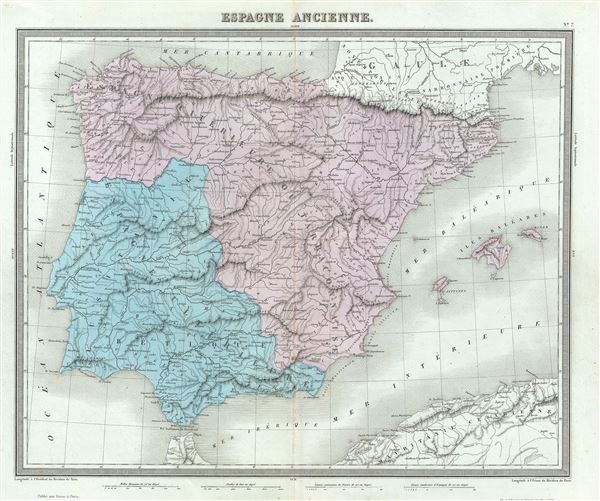 This is a fine example of Conrad Ambroise Tardieu's 1874 map of Ancient Iberia or Spain and Portugal. The map covers all of Iberia under the Roman Republic from the Atlantic Ocean to the Mediterranean Sea. This includes Hispanic Citerior or Tarraconensis, consisting of the Baetica, Lusitania and Carthaginensis. Although the Romans controlled most of the Iberian Peninsula from about 218 BCE, it took them close to two centuries to fully subjugate the region. Various cities, towns, rivers, islands and other topographical details are marked, with relief shown by hachure. This map was prepared by Ambroise Tardieu and issued as plate 7 in his 1874 edition of Atlas Universel de Geographie Ancienne et Moderne.