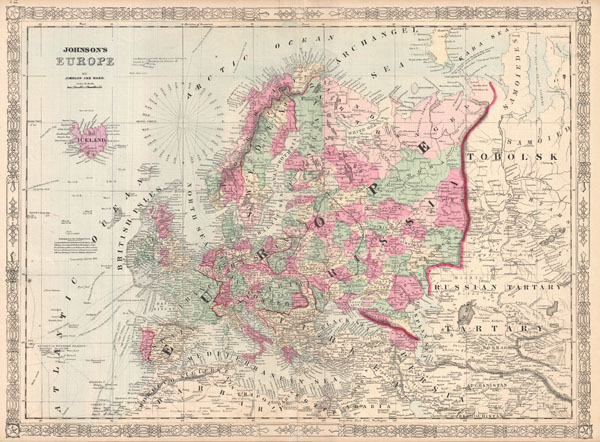 A. J. Johnson's beautifully hand colored 1864 map of Europe. This map shows cities, topographical features, railways, ferries and roads with color coding at the regional level. The routes of various explorers, including Cook, Byron, Carteret, and others, are shown. In contrast to most Johnson maps, the sea is here rendered in a pale blue. This is the last edition of this map, which harkens back to Johnson's 1860 Europe, to be released before Johnson re-engraved his continental map places in the later part of 1864.