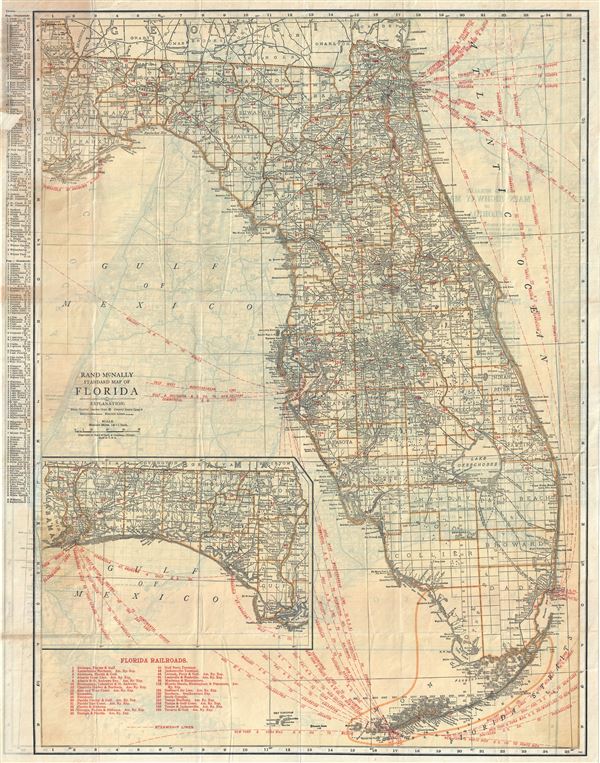 This is a scarce 1925 map of Florida by Rand McNally and Company. The state of Florida is presented with extraordinary detail throughout noting towns, cities, rivers, electric lines, railways, coastal details and a host of additional topographical features. Lake Okeechobee, the Everglades, Biscayne Bay and Tampa Bay are identified. An inset map featuring the western part of the state is included in the lower left quadrant. Several steamship lines are noted throughout. An index of counties, cities and towns is included in the lower left quadrant of the map. The map delineates survey grids and plats referencing the work of the U.S. Land Survey. Railroads are numerically marked on the map with a key in the lower left quadrant. An index in the left margin lists towns with population in thousands and hundreds. This map was copyrighted and issued by Rand McNally and Company as the 'Rand McNally Indexed Pocket Map Tourist and Shippers Guide' in 1925.