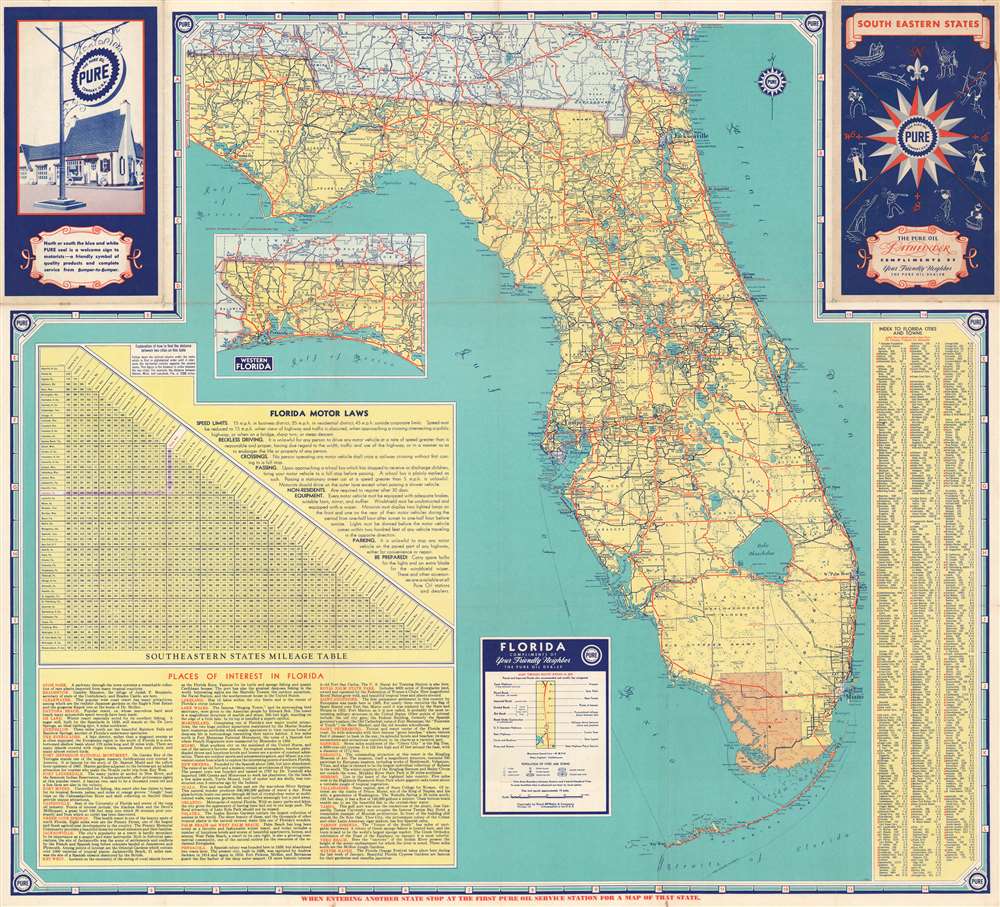 This is a c. 1940 Rand McNally and Pure Oil map of Florida. 'Main through routes', as they are referred to in the key, are illustrated by thick red lines, allowing the traveler or tourist in possession of this map to easily identify the best way to their destination. These were also known as interstate highways, which are different from today's interstates, which did not begin construction until 1956 under the auspices of President Dwight D. Eisenhower. State highways are illustrated by blue lines, with thinner lines marking roads of less dependable grades. Cities and towns throughout the state are labeled, and distances between them are provided as well. Points of interest, including state parks and many tourist attractions, are all labeled in red, allowing them stand out. An inset map of western Florida is situated in the Gulf of Mexico and a mileage table and short descriptions of places of interest in Florida occupy the lower right quadrant.

As this map is undated, precisely dating the map is difficult. We believe that the presence of the old Florida State Road numbering system, which we noticed because the Overseas Highway is labeled here as Highway 4A, that this map dates from around 1940. Florida State Roads were renumbered in 1945. Marineland of Florida, situated along the coast between Saint Augustine and Daytona Beach, was a popular tourist attraction opened in Florida in 1938, and thus we have postdated the map slightly to account for its presence on the map.

This map was created by Rand McNally and published by the Pure Oil Company c. 1940. We have been unable to locate any other examples.