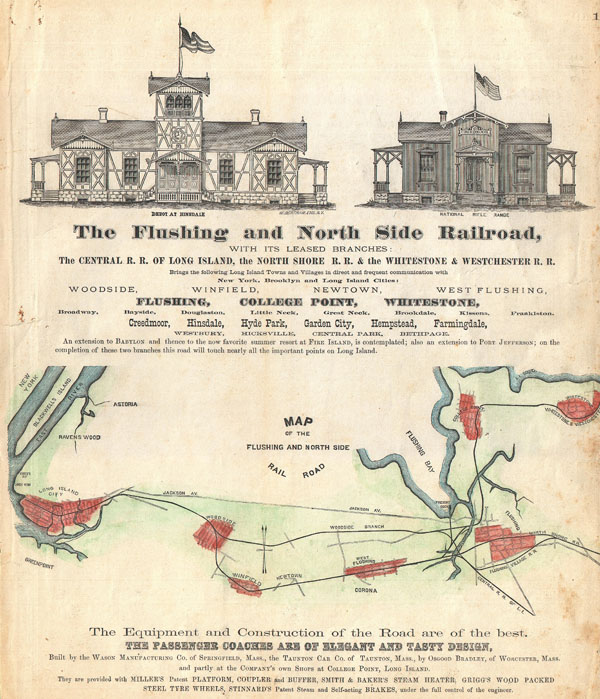 A scarce example of Fredrick W. Beers' map of the Flushing and North Side Railroads, Queens, Long Island, New York. Published in 1873. Covers from Long Island City, Queens eastward as far as Whitestone, College Point and Flushing. Details the course of the railroad with notes on major stops. Engravings of the Depot at Hinsdale and the National Rifle Range on top of map. Advertisement at the bottom of the map refers to the luxury and elegance of the trains and their design. Prepared by Beers, Comstock & Cline out of their office at 36 Vesey Street, New York City, for inclusion in the first published atlas of Long Island, the 1873 issue of Atlas of Long Island, New York.

Good condition. Minor margin reparis all around. Text on verso.

New York Public Library, Map Division, 1527260.
Looking for a high-resolution scan of this?