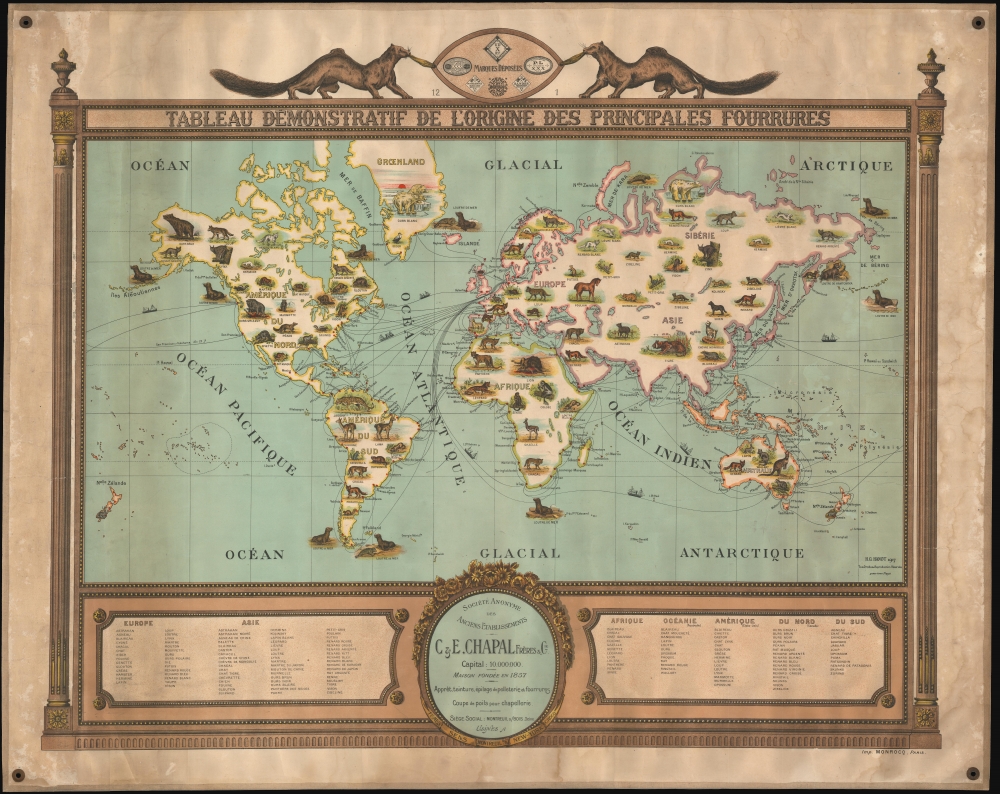 Very good. Mounted on original linen. Light water staining in outer margins. Exhibits metal grommets at corners for hanging.
Looking for a high-resolution scan of this?