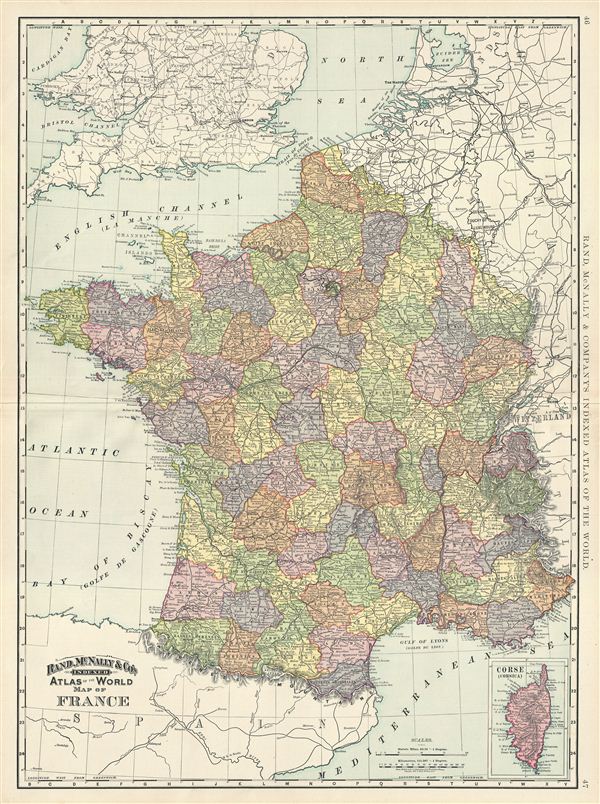 This is a beautiful example of Rand McNally and Company's 1892 map of France. It covers all of France subdivided according to its various departments. An inset map on the lower right quadrant details Corsica. The French Department system was established on March 4th, 1790 by the National Constituent Assembly to replace the provinces with what the Assembly deemed a more rational structure. They were designed to deliberately break up France's historical regions in an attempt to erase cultural differences and build a more homogeneous nation. Initially there were 83 departments but by 1800 that number increased to roughly 130 (only to be reduced again to 86 following the collapse of the French empire). Many of the departments that were created in 1790 remain the administrative districts to this day. Color coded according to departments, the map notes several towns, cities, rivers and various other topographical details with relief shown by hachure. This map was issued as plate nos. 46 and 47 in the 1895 issue of Rand McNally and Company's Indexed Atlas of the World - possibly the finest atlas Rand McNally ever issued.