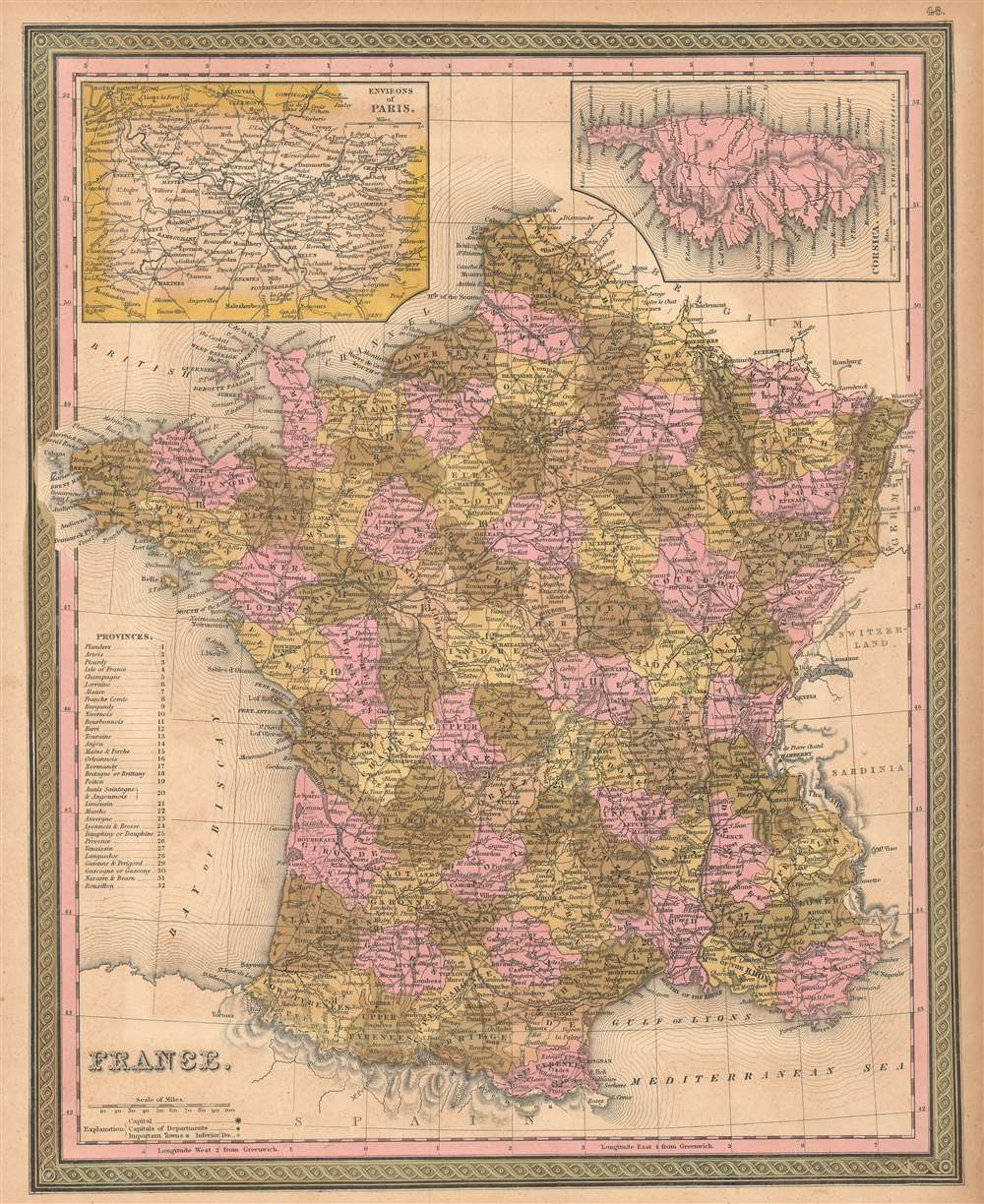 Map of France with inset of Corsica and the Paris region.
$150.00

This is an attractive example of S. A. Mitchell's 1849 map of France. Each of France's 32 provinces are identified by number and associated with a table at the left border. Insets in the upper right and left quadrants focus on the environs of Paris and the island of Corsica, respectively. Political and topographical features are noted and color coded with elevation rendered by hachure.