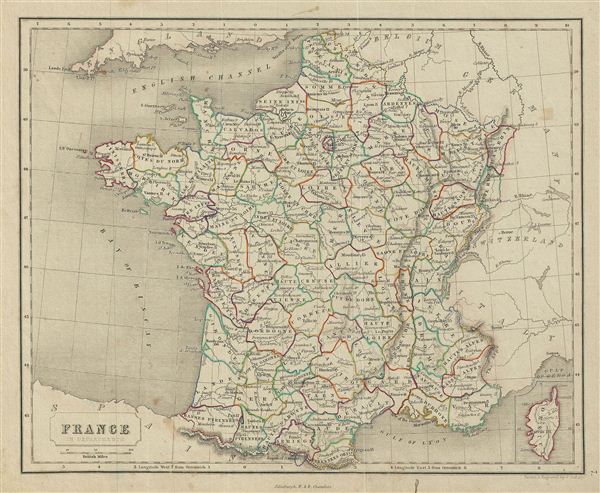 This is a fine example of the 1845 Chambers map of France. The map covers France divided into departments. An inset in the lower right quadrant details Corsica.