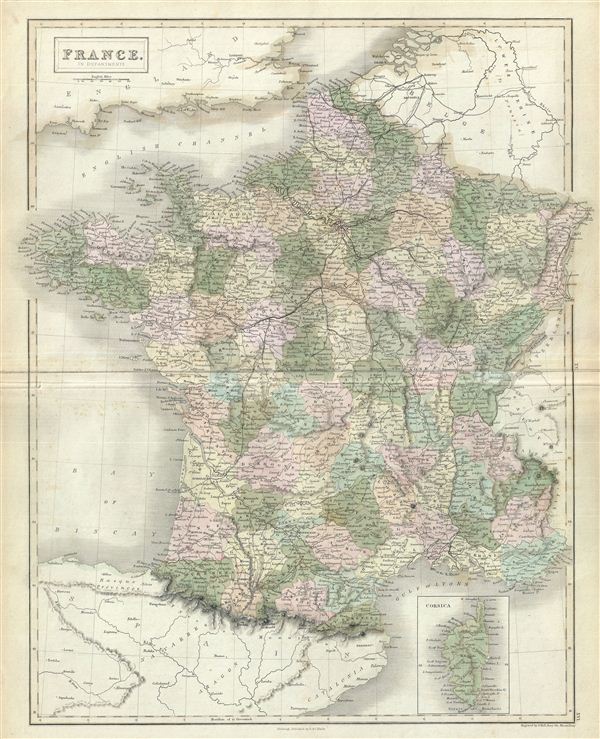 This is a fine example of Adam and Charles Black's 1851 map of France. The map covers France just prior to the December 2 1851 coup d'etat that brought about the Second empire. In less than a year, the Second Republic transformed into the Second empire, established by a referendum on November 7, 1852. President Louis-Napoleon Bonaparte, elected by the heavily Bonapartist French people, officially became Napoleon III, emperor of the French, from the symbolic and historic date of December 2, 1852. It covers from the Nord in the north to eastern Pyrenees in the south and from Finistere in the west to Upper and Lower Rhein in the east. An inset map near the lower right corner details Corsica.

Various towns, cities, rivers, roads, railways, mountains and several other topographical details are noted with relief rendered by hachure. This map was engraved by Sidney Hall and issued as plate nos. XV and XVI for the 1851 edition of Black's General Atlas of the World.