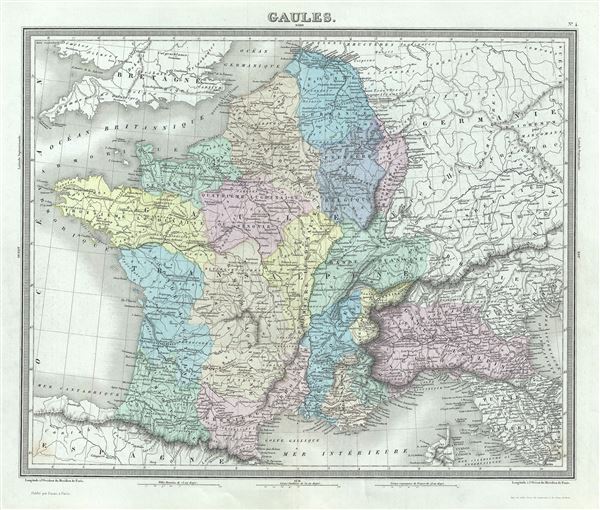 This is a beautiful 1874 map of Gaul or France in ancient Roman times issued by Ambroise Tardieu. It covers from the English Channel south as far as the Pyrenees Mountains and Hispania. It includes the modern day nations of France, Luxembourg, Belgium, Switzerland, Italy and the Netherlands.

This map was prepared by Ambroise Tardieu and issued as plate 4 in his 1874 edition of Atlas Universel de Geographie Ancienne et Moderne.