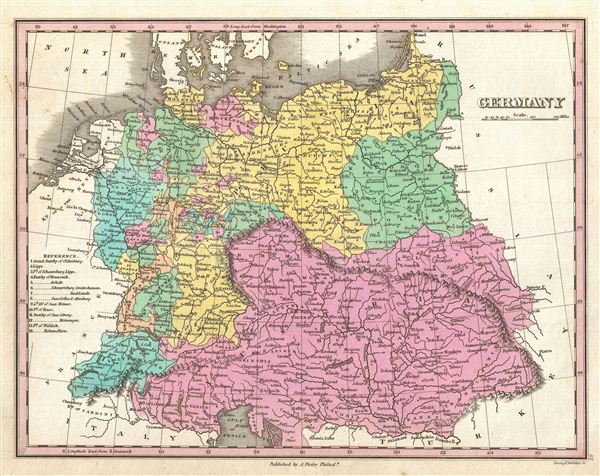 A beautiful example of Finley's important 1827 map of Germany. Depicts from the North and Baltic Seas south to the Gulf of Venice. This is a map of 'Greater Germania,' including the disparate German republics, Prussia, Poland, Bohemia, Hungary, Switzerland and Austria. Shows cities, river ways, roads, monasteries, and some topographical features. Offers color coding at the regional level. Title and scale in upper right quadrant. Engraved by Young and Delleker for the 1827 edition of Anthony Finley's General Atlas.