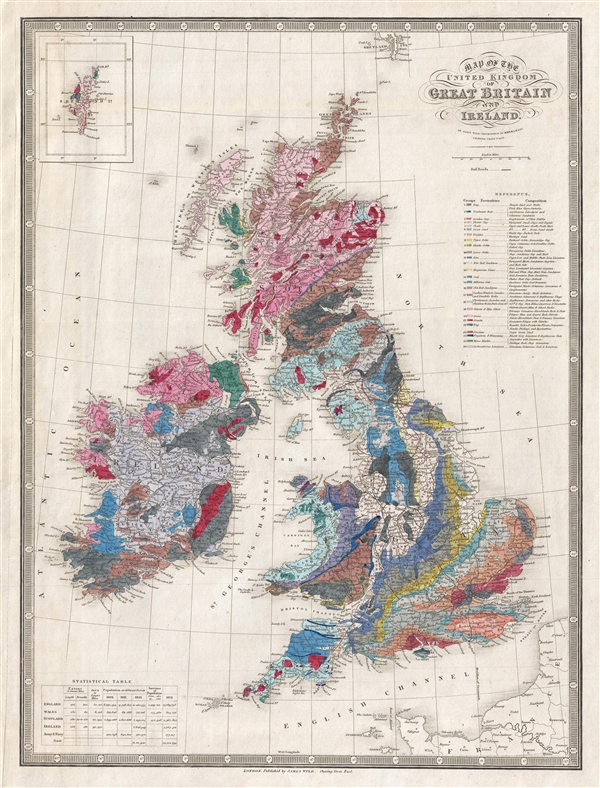 An arresting c. 1849 geological map of the British Isles by James Wyld. Covering all of England, Scotland, Ireland, and Wales, this map detailed the strata throughout the region in vivid color. THE color coding corresponds to a key in the upper right quadrant. In designing this map Wyld followed the work of the revolutionary English geologist William 'Strata' Smith (23 March 1769 – 28 August 1839). Smith drew the first geological map of the British Islas in 1815. Although Smith's work was not appreciated when it was produced, its significance became clear by the middle of the 19th century, when this map was made. Today Smith is recognized as the 'Father of English Geology.'