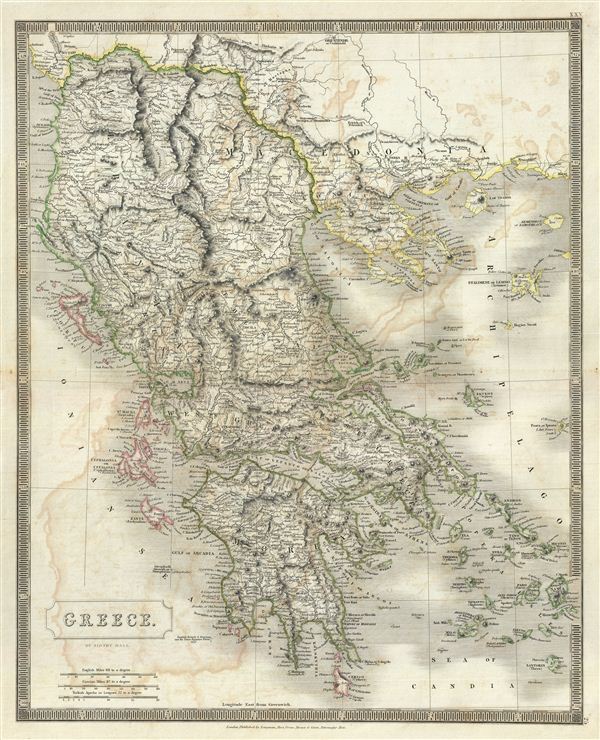 This is a beautiful map of Greece from Sidney Hall's extremely scarce 1835 New General Atlas. It covers Greece from the Scutari Lake in Albania south as far as Cythera and from the Ionian Sea to the Cyclades. It includes modern day Greece, Albania and Macedonia. The site of the B.C. 31 Battle of Actium in, between Cleopatra and Anthony against Octavian, is noted. Towns, rivers, mountains, islands and various other important topographical details are noted. Elevation throughout is rendered by hachure and political and territorial boundaries are outlined in color.