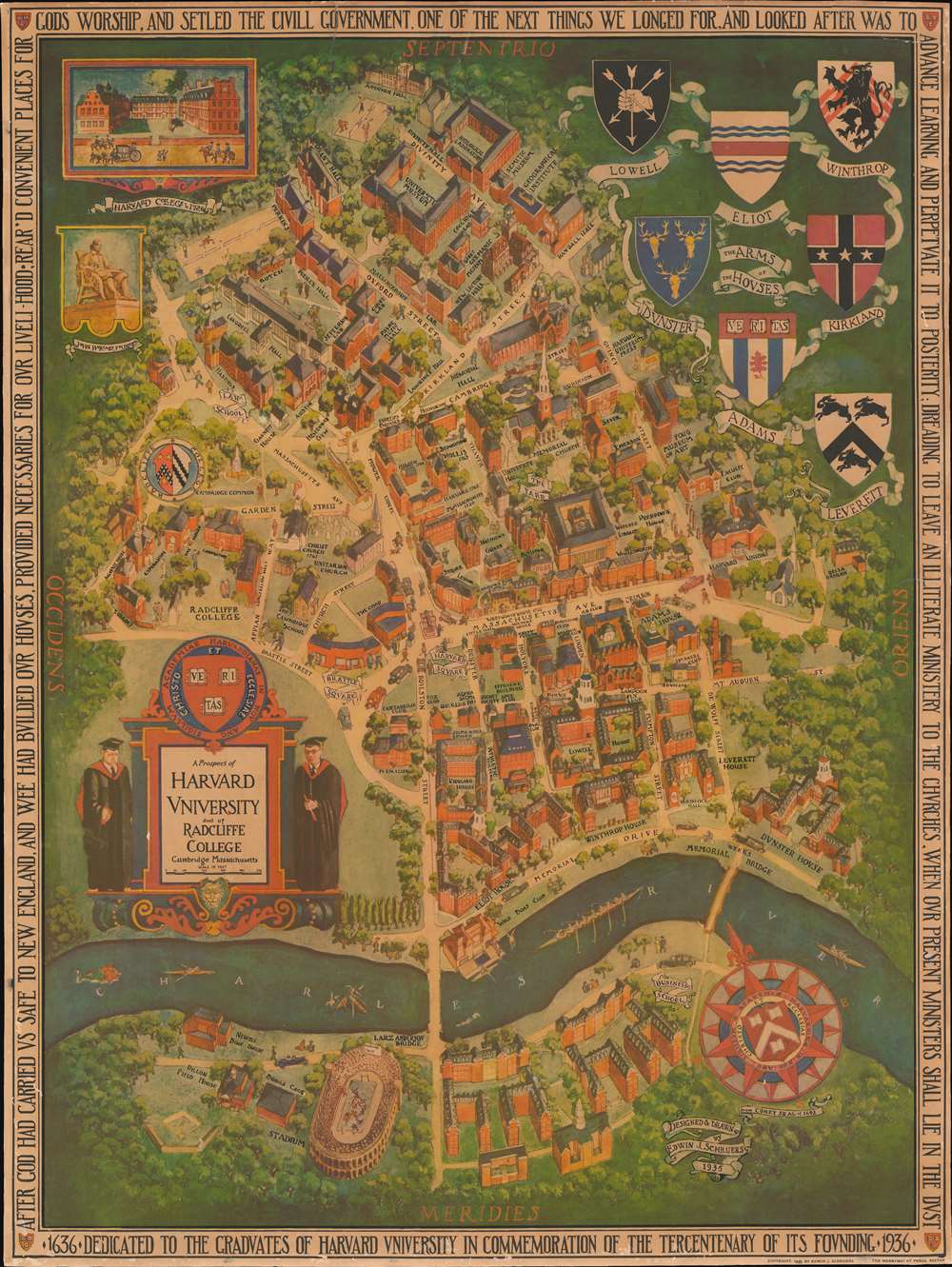 This is a 1935 Edwin J. Schruers pictorial map of Harvard University and Radcliffe College created to commemorate the Harvard's tercentenary. The map depicts the region from Radcliffe College to Dunster House and from Andover Hall across the Charles River to the Business School and the stadium. Wonderfully illustrated in a bird's eye view style, buildings throughout campus are labeled, including Lowell House, Widener Library, the Fogg Museum of Art, Memorial Church, the University Museum, the law school, and Langdell Hall. Streets around campus are also labeled. The Coats of Arms of the Houses are situated in the upper right corner, and a version of Harvard's crest decorates the compass rose. A view of Harvard College in 1726 is included in the upper left corner, along with a depiction of a statue of John Harvard, who founded the university. The seal of Radcliffe College is also present.

This map was created by Edwin J. Schruers and published in 1935 to commemorate Harvard's tercentenary in 1936.

Edwin J. Schruers (1903 - 1994) was an American artist whose best-known work is a pictorial map of Harvard University created to celebrate the university's tercentenary. It is likely that he also served as the scenic designer for the Broadway play On the Rocks. Schreurs also worked as an architect in California.