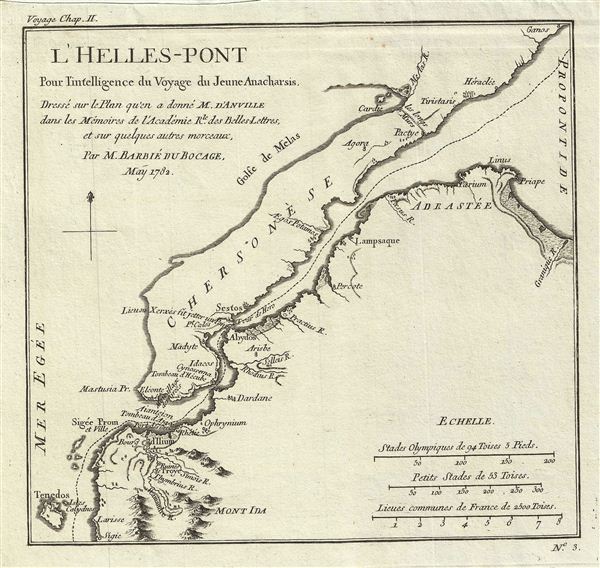 This is a fascinating 1782 map of the Hellespont (Dardanelles) in antiquity. Cartographically based on an earlier chart by D'Anville, Barbie de Bocage's map covers the narrow strait connecting the Aegean Sea and the Sea of Marmara. Referring to the account of the Greek historian Herodotus, Bocage identifies the 'Lieu ou Xerxes fit jetter un Pont' (place where Xerxes threw his bridge). According to The Histories, Xerxes, the Persian emperor, built two pontoon bridges, later known as Xerxes' Pontoon Bridges, at Abydos to cross the strait from Asia to Thrace. The strait is also mentioned in the mythological tale of Hero and Leander where Leander crossed the strait to his beloved Hero. Prepared by M. Barbie de Bocage in 1782 to illustrate the Travels of Anacharsis.