1835 Malte-Brun Map of Belgium and Holland or the Netherlands 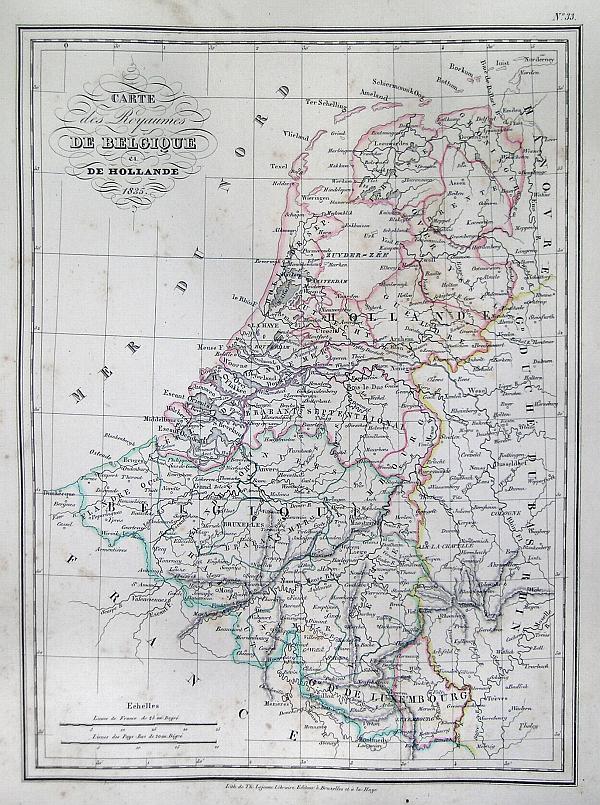 1835 Malte-Brun Map of Belgium and Holland or the Netherlands

This is a beautiful 1835 hand colored map of Belgium and Holland. Includes Luxembourg. All text is in French.