1865 Johnson Map of Holland and Belgium 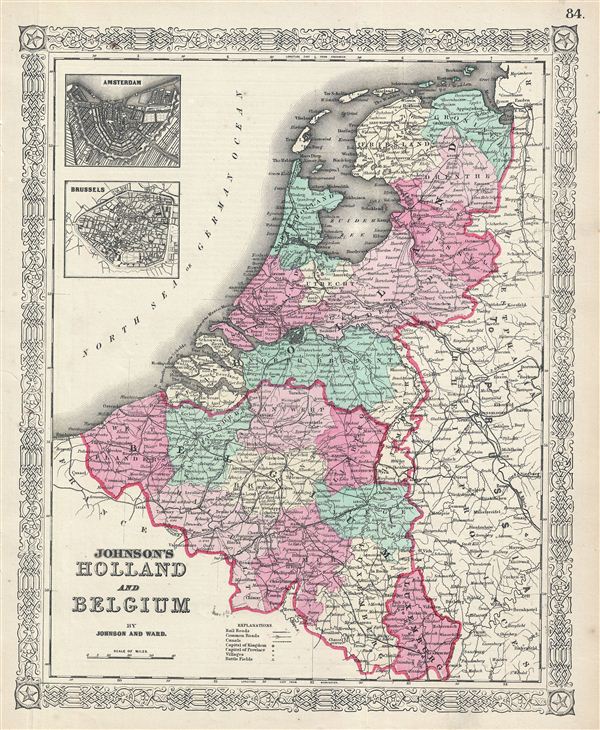 1865 Johnson Map of Holland and Belgium

This is a beautiful example of Johnson and Ward's 1865 map of Holland (the Netherlands) and Belgium. It covers both Holland and Belgium from Friesland to Luxembourg. Inset city plans in the upper left quadrant detail Amsterdam and Brussels. In 1830, the Belgian Revolution led to the secession of Belgium from the United Kingdom of Netherlands and it's subsequently consolidation as the independent Kingdom of Belgium. Though Belgium had successfully attained self-rule, the Netherlands refused to recognize the new country until the 1839 Treaty of London. Various towns, cities, railways, rivers and several other topographical features are noted with relief shown by hachure. It features the fretwork style border common to Johnson's atlas work from 1864 to 1869. Published by A. J. Johnson and Ward as plate no. 84 in the 1865 edition of Johnson's New Illustrated Family Atlas. This is the first edition of the Johnson Atlas to be attributed to Johnson exclusively.