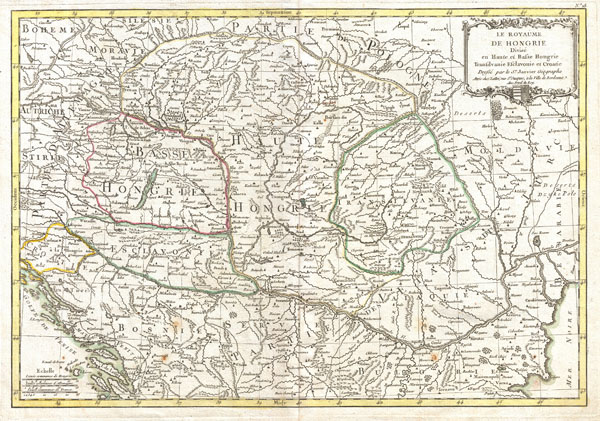 A beautiful example of Le Sieur Janvier's 1771 map of southeastern Europe. Covers much of modern Hungary, Romania, Transylvania, Moldova, Bosnia, Serbia, Croatia, Bulgaria, and parts of Austria, Poland, and Greece. A decorative title cartouche bearing royal crest of Hungary appears in the upper right hand quadrant. A fine map of the region. Drawn by J. Janvier in 1771 for issue as plate no. 18 in Jean Lattre's 1776 issue of the Atlas Moderne.