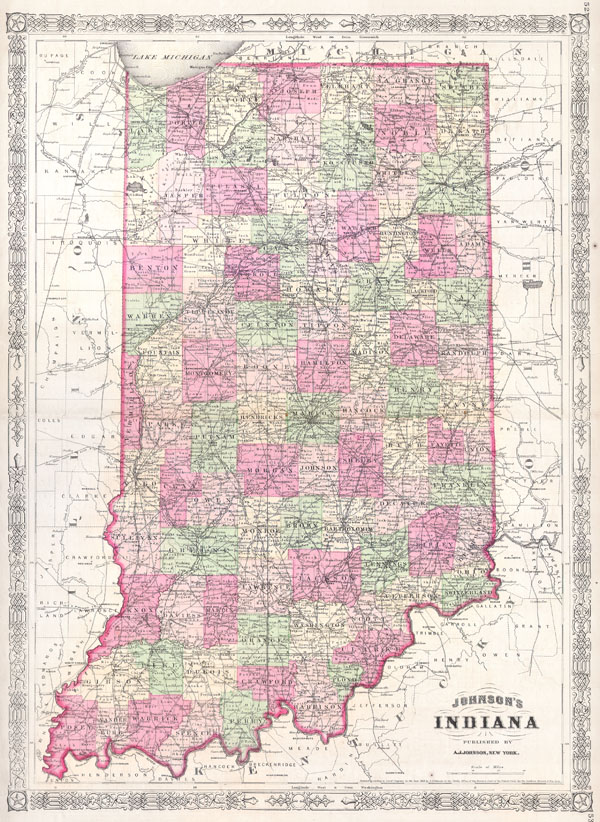 This is A. J. Johnson's 1865 map of Indiana. Covers the state divided into counties with special attention to transportation, especially roads, railroads, and canals. Features the Celtic style border common to Johnson's atlas work from 1863 to 1869. Steel plate engraving prepared by A. J. Johnson for publication as plates no. 52 and 53 in the 1865 edition of his New Illustrated Atlas… This is the first edition of the Johnson's Atlas to exclusively bear the A. J. Johnson imprint. Dated and copyrighted, 'Entered according to Act of Congress in the Year 1864 by A. J. Johnson in the Clerks Office of the District Court of the United States for the Southern District of New York.'