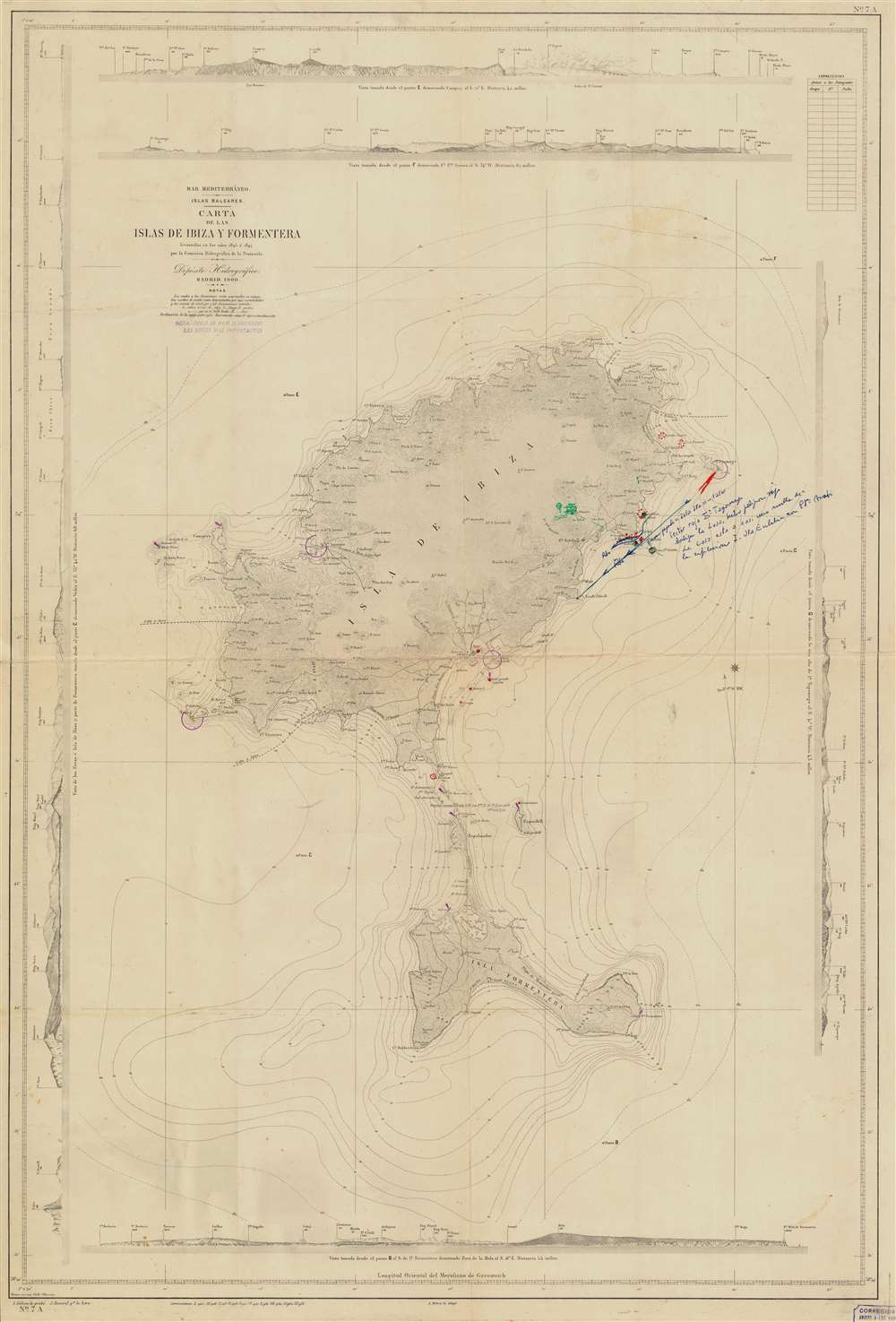 This is a 1957 Depósito Hidrográfico nautical chart or maritime map of Ibiza and Formentera Islands. Depicting both islands in full, Spanish language manuscript notations appear along the right side of Ibiza in blue ink and provide information concerning La Losa Santa Eulalia. More manuscript notations in red and green ink mark locations closer to the coast and a sketch of a house is situated near Can Planetas. Cities and towns throughout Ibiza are labeled, including San Antonio (recognized as the world's clubbing capital) and St. Vincent. Lines mark changes in ocean depth close to the coast in ten-meter increments. Further from the coastline, the intervals become 100 meters. Profile views of Ibiza and Formentera frame the central map on all four sides.

This map was originally published by the Depósito Hidrográfico in 1900. Several subsequent editions were released throughout the first half of the twentieth century, with the present example dating from 1953, and the manuscript additions date this map to 1957. This is the only known example.