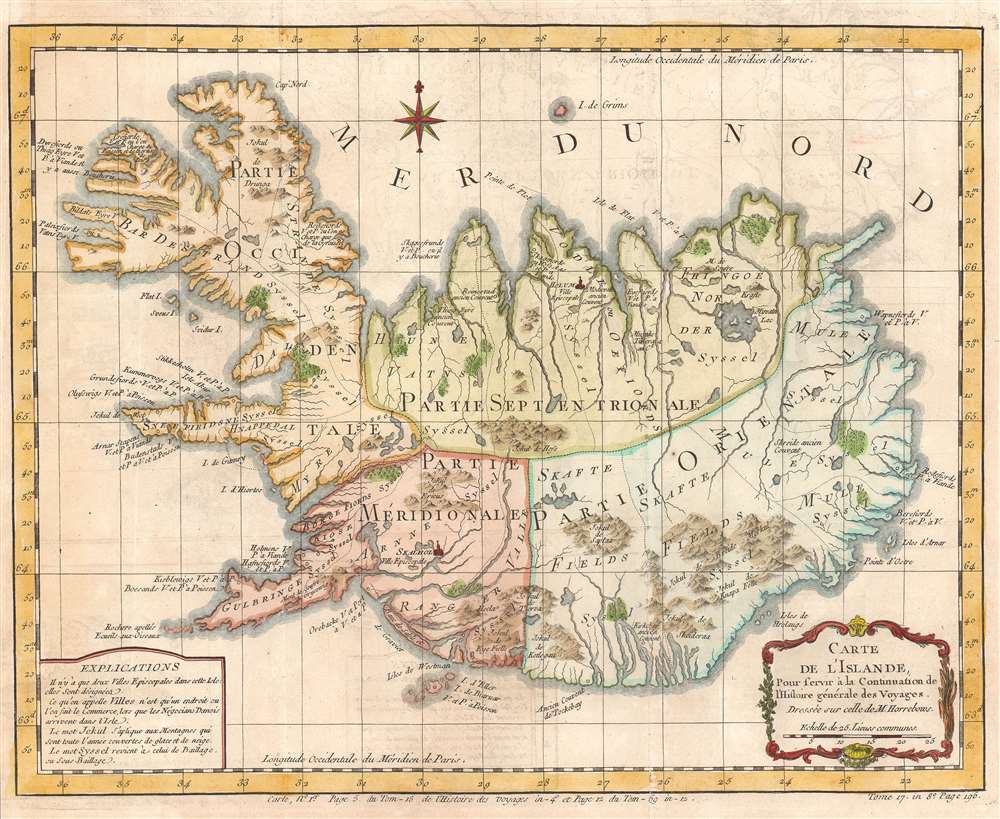 A beautiful 18th century map of Iceland - known as the Land of Fire and Ice.

This is a 1759 Jacques-Nicolas Bellin map of Iceland. The map depicts the entirety of the island and divides it into four regions. Numerous rivers are illustrated, as are groups of mountains. Two 'villes episcopales' are noted, Skalhol and Helum, which an explanation in the lower left corner states are simply places were business takes place when Danish traders arrive on the island. Several locations along the coast are identified.