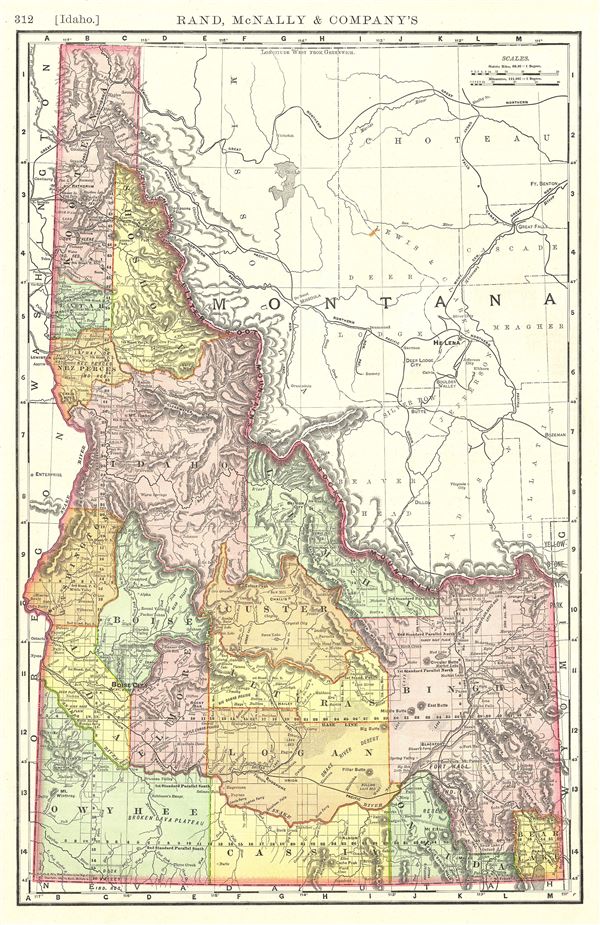 A beautiful 1892 map of Idaho by Rand McNally and Company. It covers the state of Idaho and part of neighboring Montana. Several towns, cities, railroads, mountains, rivers, lava beds, and other topographical features are noted throughout. The map also delineates survey grids and plats referencing the work of the U.S. Land Survey. Color coded according the counties, elevation is shown by hachures. This map was issued as plate no. 312 in the 1893 edition of Rand McNally and Company's Indexed Atlas of the World- possibly the finest atlas Rand McNally ever issued.