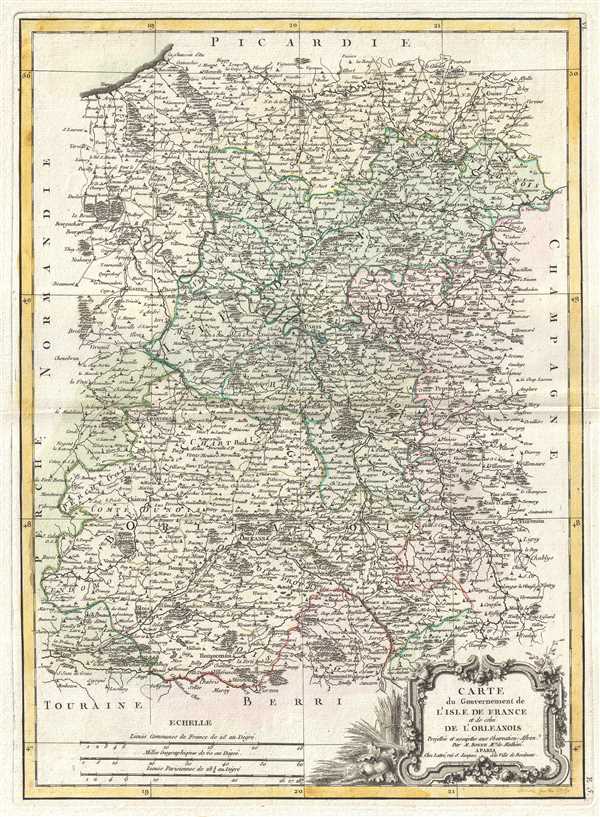 Includes the cities of Versailles, Chartres, Orléans, and Amiens.
$200.00

This is a 1771 Rigobert Bonne decorative map of the French regions of Isle de France and Orléans. The map depicts the region in full from Picardie to Touraine and Berri and from Normandy to Champagne. This region, centered around Paris, is France's most populous province. Intricately detailed, myriad cities are labeled, including St. Denis, Amiens, Fontainebleau, Orléans, Versailles, and Chartres. Fontainebleau and Versailles are celebrated for their chateaux, and Chartres is home to a beautiful cathedral. Numerous rivers and forests are depicted on the map as well. A large decorative title cartouche appears on the lower righ.