1865 Spruner Map of the Roman Empire under Constantine 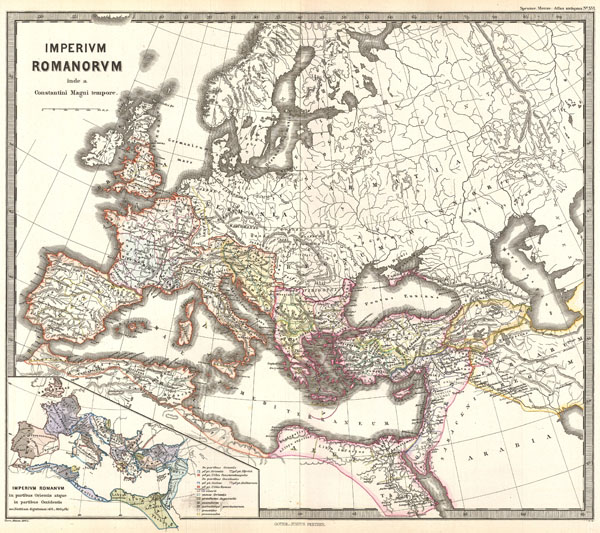 1865 Spruner Map of the Roman Empire under Constantine

This is Karl von Spruner's 1865 map of the Roman Empire under the emperor Constantine. This detailed covers the entirety of Europe but focuses the Roman lands in modern day England, France, Spain, Greece, Italy, Turkey, and north Africa. An inset in the lower left quadrant focuses on the parts of the Roman Empire divided between East and West. The map shows important cities, rivers, mountain ranges and other minor topographical detail. Countries and territories are designated with colored borders and each map includes a key or legend. The whole is rendered in finely engraved detail exhibiting throughout the fine craftsmanship of the Perthes firm.