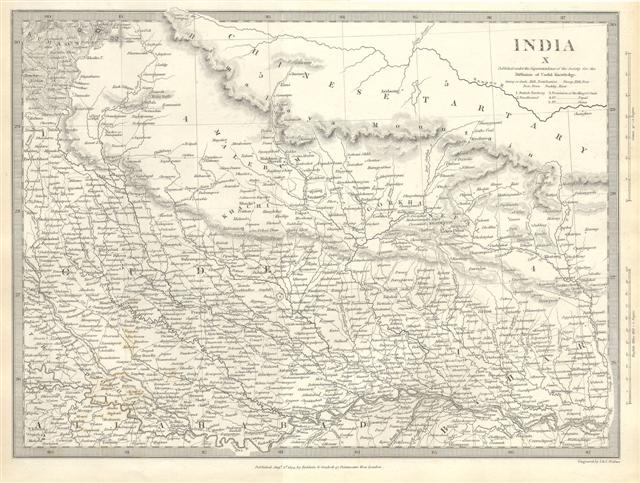 This map is a steel plate engraving, dating to 1838 and published by the S.D.U.K. or 'The Society for the Diffusion of Useful Knowledge.' It is officially entitled 'India X' and depicts northern India and Nepal in considerable detail. Map extends as far south as the important Ganges religious center of Benares and as far north as Tibet and Chinese Tartary. Nepal is completely shown including important cities and centers such as Katmandu, Gorkha and Pokhara.